Loss of a Local Landmark.

Collapse of the 3 Arch Bridge, a victim to the heavy rains of June 2007 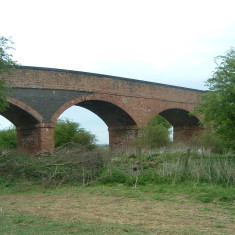 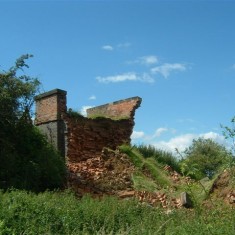 Remains of the western part of the bridge. 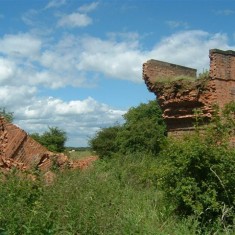 Remains of the eastern side. 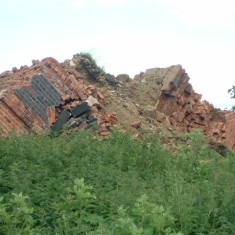 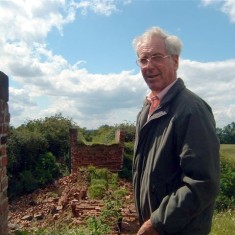 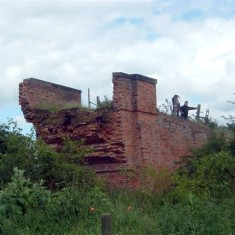 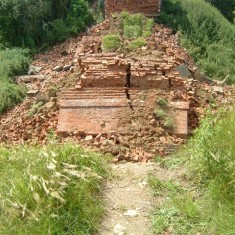 Looking across the gap where the trackway used to be. 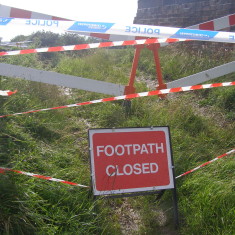 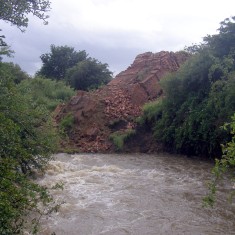 Another view of the collapse. 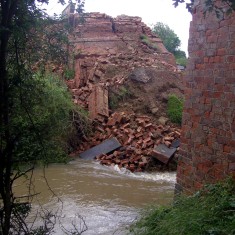 Another view of the collapsed bridge. 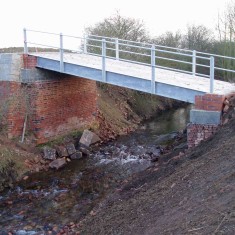 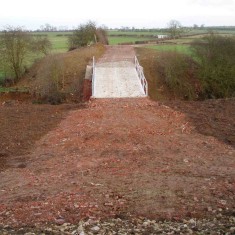 The regraded approach to the new '3 Arch Bridge' 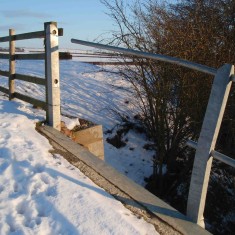 Damage to the parapet railing on the new bridge - February 2009

Up until the 26th June 2007 this bridge stood to the north of the village and was known locally as 3 Arch Bridge, for obvious reasons.

The central arch went over the track of the railway that once ran between Newark and Leicester, with a junction to link up to the Nottingham – Grantham railway. The last line to be removed ran from Colwick through to Newark and was used for the transportation of petrol and diesel. The river Devon flows under the right hand arch.  Bottesford north signal box was situated between the railway and the river.

The bridge carried a farm track and public footpath over the River Devon, and was the only such crossing between Bottesford and Staunton.

June has been exceptionally wet in 2007, most notably on Monday the 25th when flooding was widespread across large parts of the country. In general, Bottesford was fortunate in escaping a repeat of the inundation of July 2001, but this handsome railway bridge was a casualty. The bridge, which dates back to the 1860s, fell into the river, leaving only the two approaches still standing. We assume that the river, which was in spate and at a very high level at the time, finally undermined the structure.

We have no pictures of the event itself, but these were taken before the event during May, 2007, and then in the days immediately after the collapse.

The loss of the bridge created a major problem for local farmers, and plans were quickly drawn up to provide a new crossing. This came into being during November. The result is a simple steel and concrete bridge resting on the remains of the piers of the old structure. For some reason, the new bridge slopes steeply from east to west, and the whole construction has a makeshift feel to it. Perhaps the builders will return next year to put things on to a more permanent footing. We must wait and see!