2.The Bottesford Witches, The Wonderful Discovery of the Witchcrafts of Joan, Margaret and Phillipa Flower 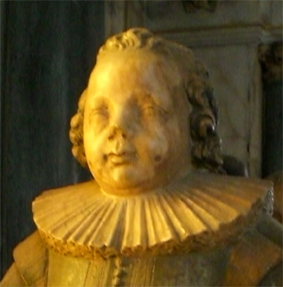 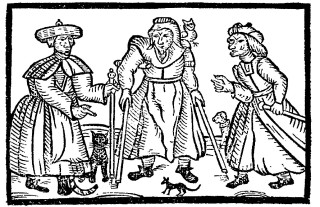 The Bottesford Witches, Margaret, Joan and Phillipa Flower and their familiars, including Rutterkin the cat.

Barnes divided his 1619 pamphlet on the Bottesford witchcraft case, into a long introduction which describes the types of magical practise available to the elite in Jacobean England and which lists important witchcraft cases, as evidence for existence of witchcraft. He followed with a section which he calls ‘The Story’ that describes the relationships between the Earl, his Countess and Joan, Margaret and Phillipa Flower. The third section is particularly interesting as it contains records of the examination of not only the Flower family but also three other women, accused of witchcraft, Anne Baker, Joan Willimott and Ellen Greene who are not mentioned in ‘The Story’ and whose eventual fate is unrecorded. These three women were in all probability ‘cunning women’.

The services of ‘cunning’ or ‘wise’ men or women were available to most people in 17th century England, these professional and semi professional white magicians performed the important social roles of providing healing, advice, finding lost possessions and mixing love potions. People at the lower levels of the deeply hierarchical Early Modern English society (especially country people in areas such as the Vale of Belvoir) were apt to turn to the cunning folk to solve their medical problems. However, they were also liable to believe that these problems had been caused by witchcraft. A typical case would involve an argument between neighbours, usually caused by the fact that a villager had refused an older single woman charity, a loan or a service. The uncharitable villager would then suffer a misfortune, an illness that affected themselves, or their children, their domestic animals, or agricultural crops. [i]

Bottesford resident Anne Baker was accused of witchcraft, as was the Stathern woman Joan Willmott. Both responded to the accusations (not by admitting guilt as had Margaret, and Phillipa Flower and Ellen Greene in their examinations) but be stressing the fact that their relationships with the spirit world were white rather than black. In the following example, during her examination on 2nd March 1618, Joan confessed that she had her own personal spirit called ‘Pretty’ but she explained that:-