You are here: Home>Topics>Transport>Before the by-pass in 1988 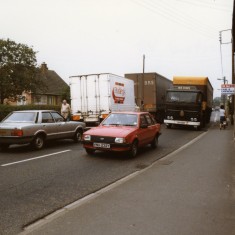 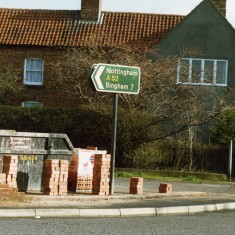 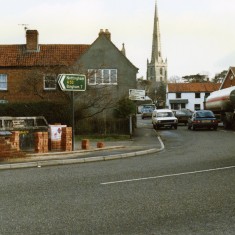 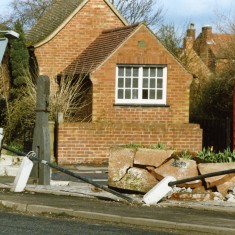 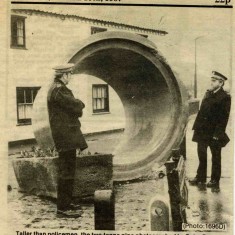 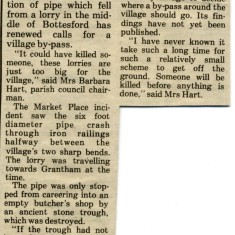 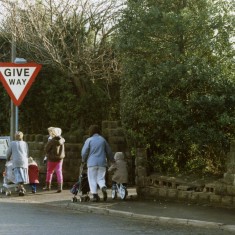 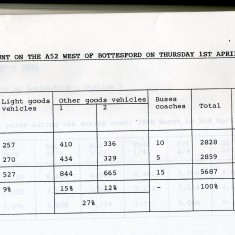 Before the completion of the by-pass in 1988 nearly 6000 vehicles a day passed through the village. Over one third of these were goods vehicles.

Shedding loads and mounting pavements with damage to wall and property was not unusual.

The pavement could be a dangerous place!

In the two year period alone between 1982-84 there were 22 recorded accidents on the A52 on the approaches to and in the village itself.

After a long campaign, vigorous local debate and a public enquiry the Bottesford by-pass was finally built.