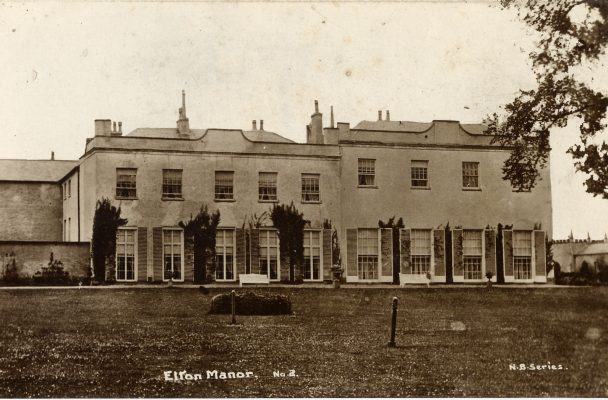 This postcard is a view of Elton Manor, at Elton-on-the-Hill, Nottinghamshire. This may be one of the places where Evelyn Box worked, before she married.
From Janet Dammes' family archive.

A postcard photograph of the Manor House which once stood in the hamlet of Elton, Nottinghamshire, and where Evelyn Box worked for a time. The late-Georgian house was demolished in 1933 by its last owner, W. Noël Parr, a Nottingham solicitor.