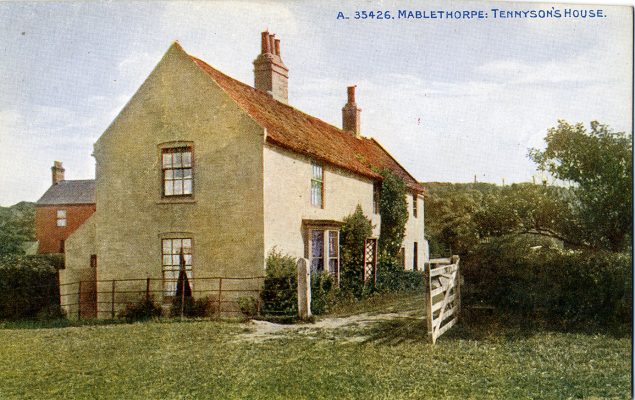 A postcard showing Alfred Tennyson's house at Mablethorpe, a short ride along the coast from Skegness. This was where his clergyman father, George Clayton Tennyson, brought the family to pass the summers c.1830, away from their home in the rectory at Somersby near Spilsby.
From Janet Dammes' family archive.

This postcard shows a picture of the Tennyson family’s summer retreat, where the poet visited in the years before he left for Cambridge.