You are here: Home>Places>Discovering Muston>A Brief Account of the Life of George Crabbe, Rector of Muston

A Brief Account of the Life of George Crabbe, Rector of Muston 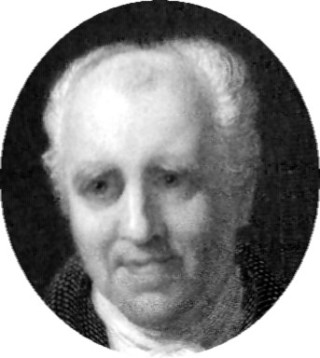 George Crabbe - engraving by E. Findon from the portrait by T. Phillips R.A.

George Crabbe was born in Aldeburgh on Jan.1st, 1754. His father was Saltmaster at Slaughden Quay, earning £10 a year. Since Crabbe proved to be little use either on the family boat or in the warehouse, his father apprenticed him to a surgeon-apothecary. After completing his training in 1775, Crabbe practiced as a doctor for a few years, before deciding, in 1780, to go to London and make his name as a poet.

In London he met with no success and was on the verge of starvation or suicide when he was rescued by Edmund Burke, who arranged for the publication of Crabbe’s poem, The Library. Crabbe became something of a literary celebrity. Burke introduced him to Joshua Reynolds, Samuel Johnson and the 4th Duke of Rutland.

Crabbe became the Duke’s chaplain in 1782 and lived at Belvoir Castle, where in 1783 he published The Village and married his fiancée of 11 years, Sarah Elmy. In 1784 the Duke was appointed Viceroy of Ireland. In 1785 Crabbe, who had never felt comfortable at Belvoir, took the curacy of Stathern, where his two surviving children, George and John, were born. Later, he described his four years at Stathern as the happiest of his life.

In 1789 Crabbe became rector of Muston and West Allington, where, in addition to his duties as parson, he farmed the glebe land and provided medical care for his poorer parishioners. He pursued his interest in botany, geology and local history, writing The Natural History of the Vale of Belvoir and contributing the local history entries for many of the Belvoir parishes included in Nichols’ History and Antiquities of Leicester.

In 1792 Crabbe’s wife inherited property near Great Glemham. Leaving Muston in the care of a succession of curates, Crabbe returned to Suffolk where he remained for 13 years.

In 1805, at the insistence of his bishop, Crabbe returned to Muston. He was distressed to find that during his absence many of his parishioners had defected to the Methodists. In the following years at Muston, Crabbe published his most successful poetry; The Parish Register (1807), The Borough (1810), which contained his most famous work, Peter Grimes, and Tales 1812.

Sarah Crabbe, who had lost five of her seven children in infancy, became increasingly mentally and physically ill. Crabbe cared for her devotedly until, in 1813, she died. Her memorial plaque can be seen in the chancel of St John the Baptist, Muston.

In 1814, at the suggestion of the 5th Duke, Crabbe exchanged the livings of Muston and West Allington for Croxton Kerrial and Trowbridge, where he remained for the rest of his life. With his son, John, acting as his curate, Crabbe was able to spend time visiting Bath and London and enjoying his renewed celebrity as a poet. He met most of the major literary and political figures of the day. In 1819 he published Tales of the Hall. In 1822 he visited Sir Walter Scott in Edinburgh, where he was presented to George IV. John Murray paid him the substantial sum of £3000 for his works, which were published in a collected edition in 1823. He died at Trowbridge on February 3rd 1834, aged 77.