You are here: Home>Places>Discovering Muston>Church of St. John the Baptist, Muston

St. John the Baptist is a simple rural parish church, without elaborate gargoyles or carvings. On the outside of the building there are small carved heads on the ends of the mouldings round the windows. 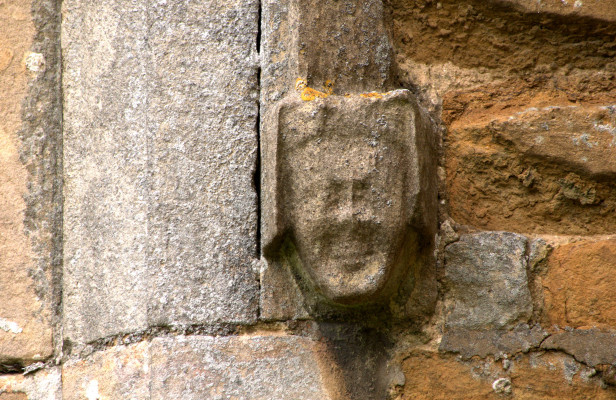 Label-end carving. Head of a woman.

Many of these are very eroded. 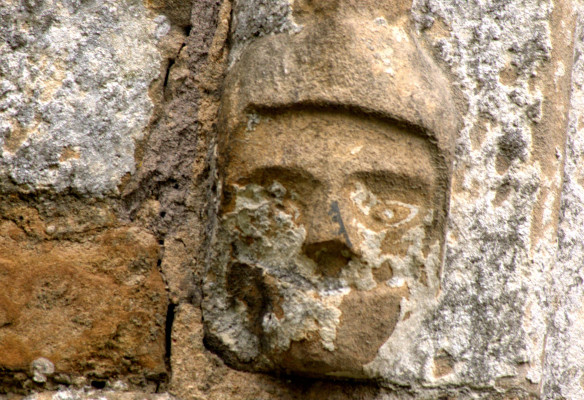 Most are faces, some serene, 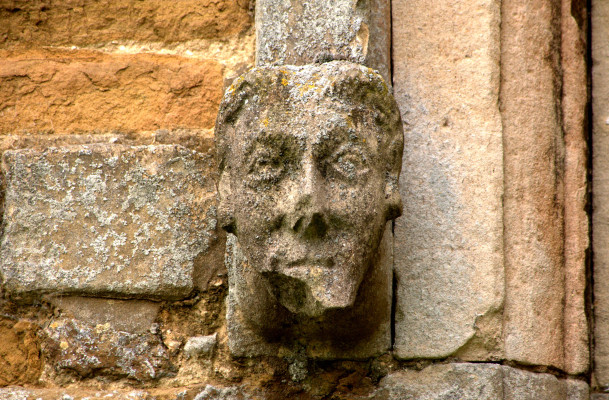 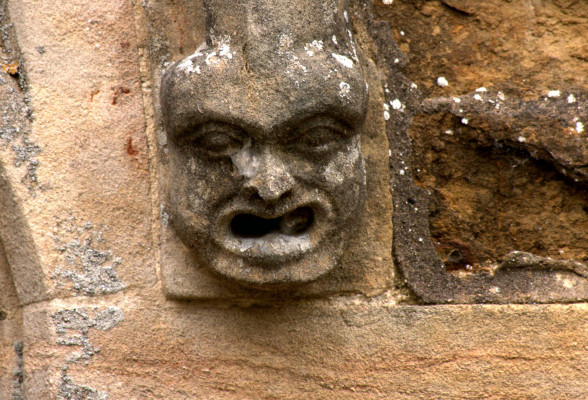 A few are images of unidentifiable beasts. 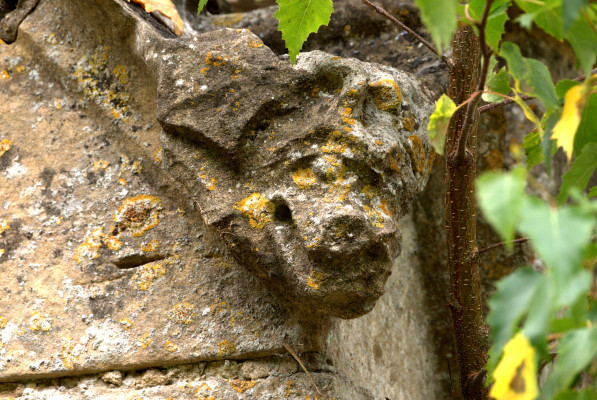 Head of a Creature.

There is a band of carvings around the tower, barely visible from below. 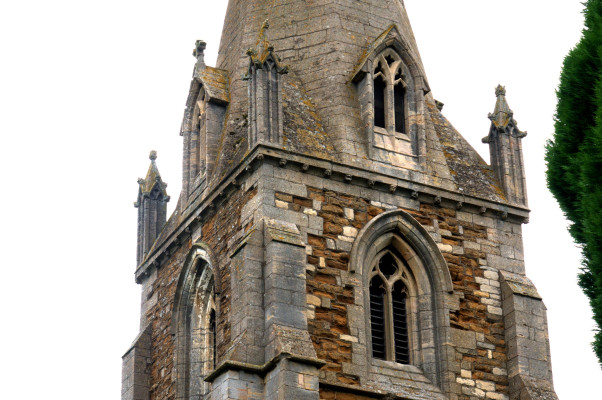 The band of carvings around the tower.

The medieval masons obviously thought this was a chance to have some fun. 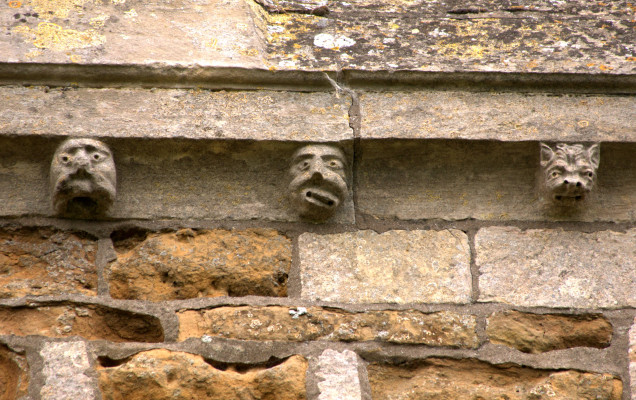 Some of the tower carvings.

There can be little doubt of the comic intention here. 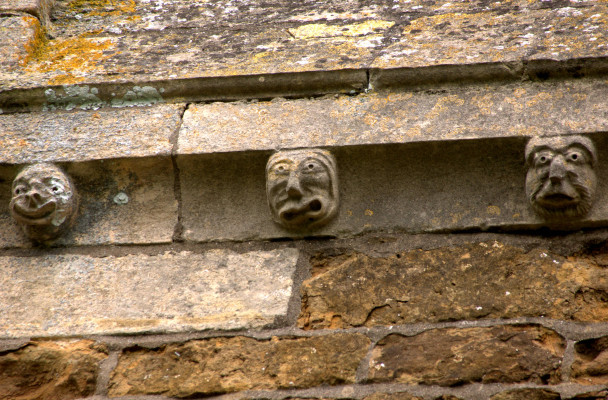 Sometimes the message even seems a touch subversive. 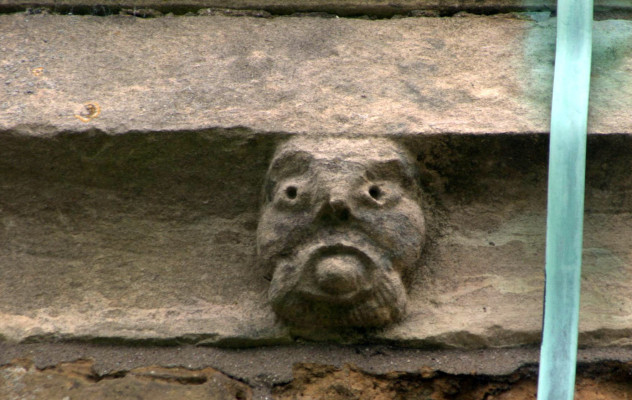 Who is he poking his tongue out at?