You are here: Home>Topics>Roman Archaeology in Easthorpe>Results 3: Black Burnished 1 Pottery 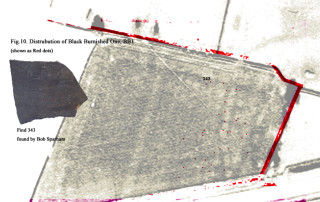 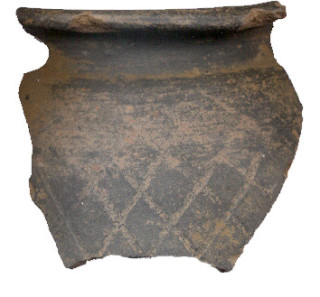 Chronology likely to be to mid 4th century

Also known as South-east Dorset Black-Burnished 1, BB1 was manufactured in the Wareham/Poole Harbour region of Dorset originally in the mid Iron Age. As Paul Tyers writes on its distribution it was” present in pre-Flavian military sites in Dorset and Devon and in Flavian Trajanic assemblages in the south west, lower Severn Valley and South Wales. Major expansion c AD 120, when BB1 appears in northern Britain in levels associated with the construction of Hadrian’s Wall, Appears in South East at that time(e.g.. in London Hadrianic fire deposits) although initially in only small quantities. Major contributor to assemblages in Midlands, south-east and north during 3rd centuries but declining from early to mid-4th cent. (losing northern markets to east Yorkshire grey wares).

As can be seen from Fig.11, there are 13 BB1 shards that are associated with the `Railway track’ cropmark, which suggests that the feature may have been used between the years 200AD-350AD.