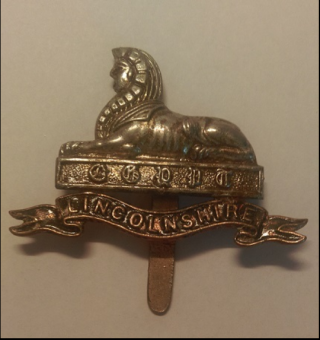 Herbert Canham fought in the Second World War as a Private in the 6th Battalion of the Lincolnshire Regiment. He lost his life in action in Tunisia on the 4th March, 1943.

We unable to confirm details of his military service, but we can outline some of the diversity of operations of the Battalion and its situation in Tunisia at the time he lost his life.

The Arnhem 1944 The Missing Ones website gives a fascinating account of the activites of the 6th Battalion between 1939 and 1942: The Territorials of the 4th Battalion, part of 146th Brigade attached to 49th (West Riding) Infantry Division, were sent to Norway and were among the first British soldiers to come into contact against an advancing enemy in the field in the Second World War. Ill-equipped and without air support, they soon had to be evacuated. Within a few weeks, they were sent to garrison neutral Iceland. They trained as Alpine troops during the two years they were there. After returning to the UK in 1942, when the division gained the 70th Brigade, they were earmarked to form part of the 21st Army Group for the coming invasion of France and started training in preparation.

Records published by Wikipedia differ appreciably from the preceding account. According to Wikipedia, the 6th Battalion served with the BEF, returning from Dunkirk after the battles of France and Belgium (no mention of Norway or Iceland). This account then clearly states that in January 1943, the battalion left as part of the 138th (Lincoln and Leicester) Brigade, 46th Infantry Division, to join the final stages of the Tunisia Campaign, and later that year took part in the landings at Salerno, and it remained active through to the end of the war. The Tunisian campaign was a series of battles in 1942 and 1943 between Axis and Allied forces, the latter made up of British Imperial Forces, including a Greek contingent, together with American and French corps. Despite initial German and Italian success, the campaign led to the decisive defeat of the Axis. The Battle of Medenine was perhaps the turning point in the campaign. Montgomery had thought that the Allies would not be able to withstand an attack before the 7th March, but reinforcements were rushed forward over three days and nights, and by the 4th of March, 400 tanks, 350 field guns and 470 anti-tank guns had been moved up. These preparations enabled the Eighth Army to defeat the offensive with massed artillery fire. The Eighth Army lost 130 casualties in the battle.

It seems probable that Pte Herbert Canham was killed during the Allied build-up before commencement of the battle proper, though we are unable to confirm this at present. He is buried at Tabarka Ras Rajel War Cemetery, Tunisia, Grave Reference 3. E. 24. The inscription reads “Son of William and Emma Canham, of Bottesford Leicestershire.” The CWGC records can be downloaded at:

Herbert Canham’s parents were William Canham and Emma Garwood. William Canham was born James Canham at Fordham, near Newmarket, in 1884, son of George Canham and Annie Bond from Great Gonerby, Lincolnshire. The census of 1911 recorded William, aged 26, living at Ness Road, Burwell near Newmarket, employed as a “housekeeper on farm”. His father had died and Ann Canham (nee Bond) was the head of the household, now 59 years old. There were also William’s brothers Walter (21) and Harry (16). William also had a sister, Florry (Florence) born in 1888, as inidcated by the earlier 1901 census.

Herbert’s mother was Emma Garwood, born in Essex in 1888. In 1911 she was a servant in the manor house at Burwell, the village where the Canhams also lived. She married William (James) later in that year in the village of Linton, near  Weston Colville, Cambridgeshire where her parents Charles Garwood and Harriet (nee Ager) lived. Herbert Canham was born near Newmarket, probably at Burwell, in 1912.

William and Emma Canham are recorded in the 1939 register living in Easthorpe, Bottesford, where William was employed as a farm labourer. Herbert was not recorded and may well have been in the army at this date.

After the end of the Second World War, his parents stayed in Bottesford, and are buried together in Bottesford curchyard. Emma Canham died on the 3rd November 1958, aged 72, and James Canham on the 25th September 1963, aged 79.

Probably killed in action in the Battle of Medenine.
Served in
Lincolnshire Regiment (15)