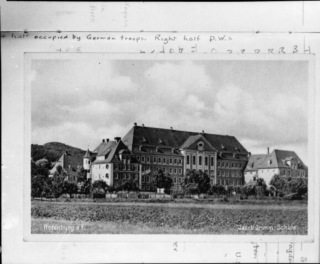 Arthur Charles Wright was one of those who fought in both world wars. Then in 1945 at the age of fifty he settled down and lived another thirty two years in Bottesford, where he died aged 82. Born in the reign of Queen Victoria, he saw the crowning of five monarchs, and the enormous changes by which Britain pulled away from being a world-wide colonial power to becoming part of a more integrated Europe.

He was born on the 16th March, 1895, baptised on the 11th April at St Leonards, Newark on Trent, son of John Charles Wright and Elizabeth Wright (nee Beech) of No.3, Beacon Hill Road, Newark.

The census in 1911 recorded that the family, still at this address, was comprised of John Charles Wright, a 56 year old company director, and his wife Ann Elizabeth, both in their fifties and born in Lincolnshire, and two sons William John Perkins Wright aged 19, an “engineer’s pupil” born in Nottingham (registration district, which may well have included Newark), and Arthur Charles Wright, aged 16, at school, also born in Nottingham (registration district).

Arthur was married in 1913 at Bingham, to Jane Marston, known as Jeannie, daughter of a farmer and carrier who lived on Long Acre, Bingham, who died in Dec 1919 leaving £2284 in his will.

His wife Jeannie lived on at The Ferns after he died. Mrs Peggy Topps recalls that she once did dressmaking for Mrs Wright. She recalls calling at the rear door, through the farm yard at the rear of the house, and being met by Mrs Wight’s maid, Dolly Waterfield, who then took her through very formally to meet the lady of the house. Dolly suffered from joint pains, and eventually the Wrights provided a bungalow for her to retire to on The Paddocks.

Jeannie (Jane) Wright died during the first quarter of 1979.

His service record has not been located (yet), but there is a Medal Index Card for Arthur Charles Wright, service numbers 1652 and 275028. He was a cavalryman. Villagers today remember him as being well over six feet tall. The first number dates from his time as a Lance-Corporal with the Nottinghamshire Yeomanry Sherwood Rangers, perhaps during the years immediately before war broke out. The second number relates to his service as a Private in the Corps of Hussars and then as a 2nd-Lieutenant in the 4th Reserve Regiment of Dragoons. The MIC adds that he was with the Hussars when he entered Egypt on the 27th April 1915, and that he was awarded the 1915 Star in addition to the British War Medal and the Victory Medal. We have no further information about his actions in Egypt or anywhere else during the war, nor do we have his discharge date. It seems likely that he returned to Britain and transferred to the Reserves, perhaps remaining with them after the end of the fighting while resuming civilian life.

Electoral registers show that Arthur and Jeannie lived at Newton, near Shelford, in the first part of the 1920s, with farm land named “The Lawker” in the registers, on the Fosse Road near Bingham.

However, they were not in the Nottinghamshire registers after 1925, and mentions in the Grantham Journal indicate that they had moved to High St., Bottesford by 1927, as confirmed by the Electoral register of that year.

They remained there up to the start of the Second World War. The 1939 Register indicates that they lived on the High St, Bottesford: Arthur C Wright, b.16/3/1895, farmer and grazier, and Jeannie Wright, his wife, b.1/3/1893. Later that year, on the 3rd November, the Journal carried an advertisement for the auction at The Ferns, where “Mr A.C.Wright, who is rejoining the army” would be disposing of his livestock (horses, cattle, sheep, pigs) and farm implements and machinery (Telephone Bottesford 232). They were selling up the farming business, presumably intending to rent out the land and farm buildings while he returned to the army. He was already 44 years old, and by the end of the war he was almost 50 years old.

At the very start of the Second World War, Arthur Wright accompanied by Ernest Jallands DCM joined a contingent of British Legion members who set sail for Poland. Both men were veterans of the First World War. The Poland visit was presumably in connection with international veterans’ celebrations, and had been planned before the outbreak of a new war in Europe was confirmed. However, in the event, the German Army moved swiftly. On the 1st September 1939 they attacked Poland by naval shelling, dive-bombing and tank-lead invasion. Understandably, the Legion visit was abandoned and the british delegates were able to return home. Not long afterwards, Arthur Wright re-enlisted with the British army, with the rank of Lieutenant, and sold his farming business. Ernest Jallands went to work in a munitions factory.

Few military records of Arthur Wright’s WW2 service have been located, and we have none of his personal records of his wartime service other than references to having been a Prisoner of War for five years. His service record may be held in the National Archive, but appear not to have been digitised (yet). It is therefore difficult to be certain as to what happened to him or where he spent his time as a POW. However, we have the Grantham Journal to thank for their article published on the 20th July 1945, A Real Welcome Home, which tells us that a function was held on the Rectory lawn in Bottesford in which the Rector, Canon Blackmore, welcomed back three Bottesford men who had been Prisoners of War, one of whom was Captain A.C. Wright “captured in France just after Dunkirk” (the other two were Gunner Fred Greasley (Tobruk) and Gunner Ernest H. Philpotts (Crete)). An earlier article described how the Legion had welcomed their chairman, Captain A.C. Wright, who gave a graphic account of his five years a POW, but sadly this account has not been preserved.

There is an attestation record of one Arthur Charles Wright who enlisted on the 14th November, 1940, joining the 12th Field Regt Royal Artillery, service number 1099242, but this must surely have been another man of the same name, since the escape from the beaches at Dunkirk was complete by the 4th June 1940. This soldier could not have been captured just after Dunkirk, before he had even joined up.

This appears to indicate camp A/Z in Military District 9 (Hesse). This was Oflag IX A/Z, which was a POW camp at Rotenburg an der Fulda, in the state of Hesse. Oflag indicates an officers’ camp (as opposed to Stalags, which were for other military prisoners). The ‘Z’ indicates that it was a sub-camp (in effect an overspill camp) in support of the main camp IX A/H at Spandenberg Castle, also in Hesse. The Rotenberg camp was located in a baroque palace which had housed a school, the Jacob Grimm school for girls, before the war. It was destroyed by bombing at the end of the war, fortunately after the prisoners had endured a forced marched further east during late March to early April 1945, ending in their liberation at Wimmelburg.

A prewar photograph of Rotenburg Castle has been published online by the National Library of New Zealand. In addition, one of the inmates, Lt Leighton McLeod ‘Lee’ Hill of the New Zealand Expeditionary Force, took photographs of the prisoners’ forced march: images now held by the Imperial War Museum website and also in the Turnbull collection, New Zealand. An excellent account of the history of the camp has been published online by Peter Green, son Alan Green, one of the prisoners:

It is therefore concluded that A.C. Wright joined the army and went to France with the BEF as part of the RAMC, and was captured there before he could be evacuated from the beaches at Dunkirk. He became a Prisoner of War and was held at Oflag IX A/Z at Rotenberg in Hesse, but was liberated and returned home in 1945. All this tallies with the records of the farmer from Bottesford who was a POW for five years after being captured in France just after Dunkirk, and so it seem most probable that they are the same.

He had joined up late in 1939 as Lieutenant Wright, the rank he held through his imprisonment. However, on return to civilian life he was Captain Wright, indicating that he had received his long delayed promotion. Between 1950 and 1954 he was further promoted to the rank of Major, and is still remembered as Major Wright today.

We would welcome further information or corrections to our account. Strictly speaking, the link between the gentleman from Bottesford and the prisoner at Rotenburg has not been confirmed. There were several men named Arthur Wright in the British army in the Second World War.

In the Grantham Journal

During their years in Bottesford both Arthur and Jeannie Wright led active social lives and served on a variety of committees around the Grantham and Bottesford area, as captured in the pages of the Grantham Journal. These are a selection of some of the records of them:

8/11/1930 One of the 42 members of the Grantham Officers was Lieutenant A.C. Wright, 4th R.R. Dragoons, at an event for a Proposed Memorial for Lord Brownlow.

21/4/1934 A.C. Wright was Vice-Chairman of Bottesford Parish Council and on the Allotments Committee

6/9/1940 Mrs A.C.Wright, “The Ferns”, Bottesford, wishes to thank the many friends for their kind enquiries relating to her husband, Lieutenant A.C.Wright, who was reported missing on June 14th and is now a prisoner of war.

1/11/1940 A.C.Wright was listed in absentia as a committee member of the Grantham and District Agricultural Association, patron Duke of Rutland, president Lord Brownlow.

19/5/1944 Belvoir Coffee House – the committee assembled  in the move to bring about a reopening as a Bottesford Sociel Centre included Mrs A.C.Wright.

18th May 1945 … Captain Wright (a prisoner of war for 5 years) spoke and gave each child a shilling. He then lit the bonfire and parents and children sang and danced. (Website page 7/5/2015 by Sue Middleton).

On the 20th July 1945, the Grantham Journal described a function on the Rectory lawn in Bottesford, at which Canon A.T.G. Blackmore gave an address, “A Real Welcome Home From The Church at Bottesford to Four Prisoners of War”. The four were: Private Ernest Greasley (Border Regiment) taken captive at Arnhem; Gunner Fred Greasley, captured at Tobruk; Gunner Ernest H. Philpotts, taken prisoner in Crete; Captain A.C. Wright, captured in France just after Dunkirk.

GJ 16/11/1945 Canon Blackmore read out a list casualties (but not including Bert Turner). He also mentioned Capt A.C.Wright, returned POW.

24/1/1947 “Christening of Bottesford’s first Village Hall”. A temporary building, as bricks were needed for houses. Formerly belonging to Elton WI, erection supervised by Horace Doubleday. Freda Lane & partner won the “spot waltz” competition; an iced cake was given by Mrs A.C.Wright and won by Mr Derrick Doubleday, and a novel item won by Capt. A.C. Wright.

14/3/1947 An article indicates that Captain A.C. Wright of Bottesford was Worshipful Master of the Doric Lodge