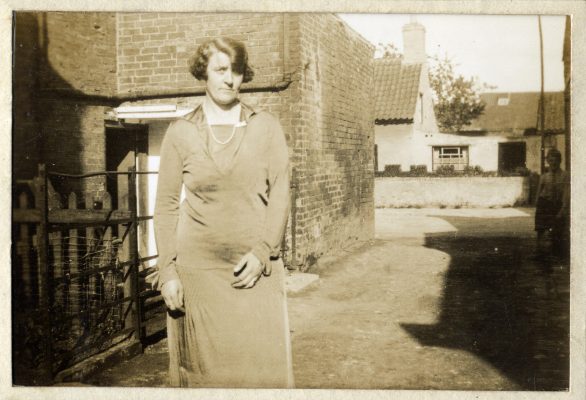 Evelyn Marston in the alleyway between her home on the right and the end of Queen St Mill on the left. In the background is Queen Street and on the far side part of Tappins cottage, where the lean-to was used as a fish and chip shop at one time. None of these building are still standing.

In his picture, Eve is standing in the alley between her house and the old mill. In the background is Queen St itself, and the end of Tappins’ cottage as also seen in BOT177/001. The boy just seen in the shadow is probably one of her boys.