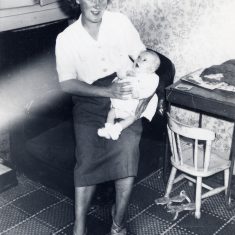 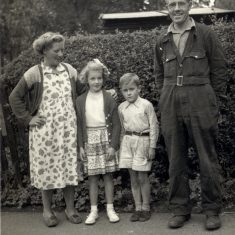 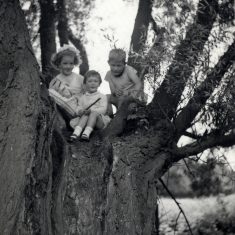 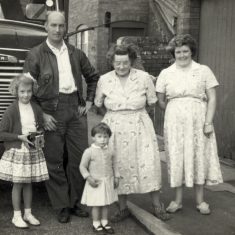 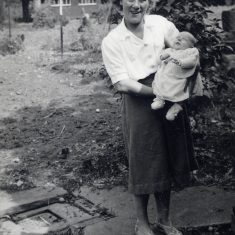 Gladys and Janet in the garden at Riverside Cottage, 1957
Janet Dammes

These pictures were all taken in 1957. At this time, Eve’s youngest, Daphne, had become Mrs Taylor and had a daughter Linda, seen here and in the willow tree picture.