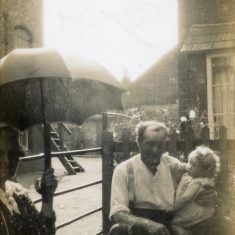 This family scene appears to be at the rear of the Marston's home on Queen Street. To left is probably the end of the Queen St mill buildings, and in the background is Queen Street and part of Tappins' cottage. Thw people are probably Frank Marston holding infant Daphne, and an unidentified woman holding an umbrella at the left edge of the picture.
Janet Dammes 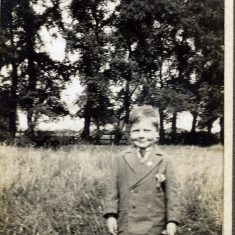 A young lad, possibly Frank Marston (based on comparison with other pictures in this series), in a paddock on the fringe of the village.
Janet Dammes 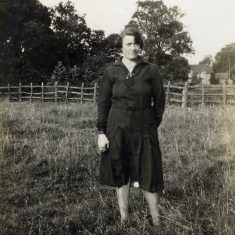 Eve Marston, in a paddock near her home.
Janet Dammes