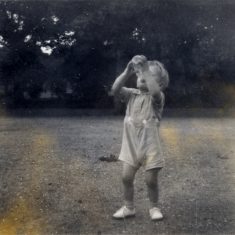 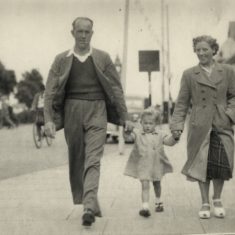 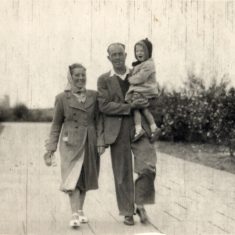 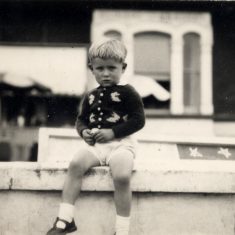 Gladys and Frank’s son Geoffrey was born in 1950. Here we see him as an ebullient two-year old showing off and out with his parents staying at his uncle Vic’s at East Hull in 1952 and on holiday at Skegness in 1953.