More of the family pictures 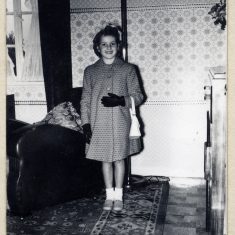 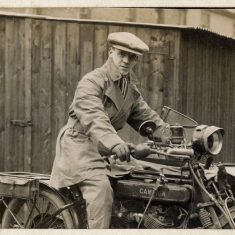 One of the family astride his Campion motorcycle. The Campion Cycle Company was a Nottinghamshire manufacturer of motorcycles active from 1893 to 1926. In 1927, it was bought by Curry's, who merged it with the Louth Bicycle Company, from whence they moved on the manufacture television sets in the 1940s, and continued until taken over by Dixon's in 1984 (Wikipedia). The rider might be Vic Marston, though this would indicate that the bike is a second-hand model.
Picture from Janet Dammes' family album 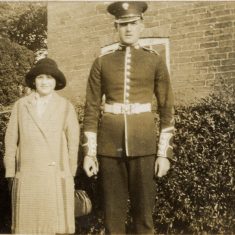 This could well be a picture of Vic Marston, newly enlisted in 1939, with his young sister Daphne.
Janet Dammes 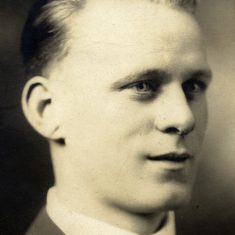 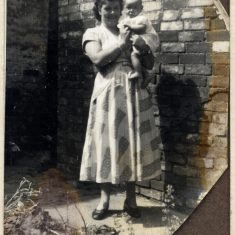 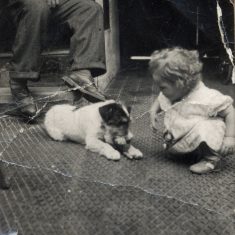 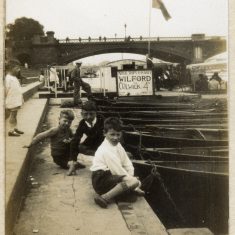 The boys on a visit to Nottingham, here on the landing stage at Trent Bridge for boat trips upstream to Wilford or downstream to Colwick.
Janet Dammes

This is a varied set of pictures of the Marston family.