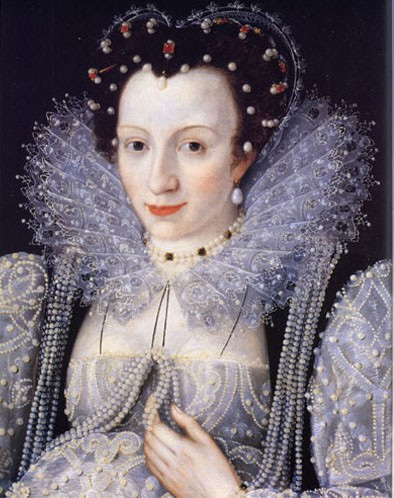 I am a local historian with a background in both history and art history and I first became interested in Elizabeth when leading an educational visit to look at the wonderful collection of Rutland tombs in our local church of St Mary the Virgin, Bottesford which is in Leicestershire.

Subsequently the group of friends and my colleague Jules Tobin, who made the visit have formed ourselves into a study group which we call the Mermaid Group in order to find out more about Elizabeth and her literary and cultural life. It was whilst working on these areas in the University of Nottingham library that I came upon the painting above in the Tate Gallery catalogue Marcus Gheeraerts II Elizabethan Artist In focus. I would like to suggest a hypothesis for the identification of the Unknown Lady in the Portrait. She was, I believe Elizabeth Sidney daughter of Sir Phillip Sidney who shortly after the portrait was painted married Roger Manners 5th Earl of Rutland to become Elizabeth Manners, Countess of Rutland. There are however several difficulties with this model the greatest of which is, why a single woman who never in fact had any children during her subsequent married life would be represented as being pregnant? It is this main problem together with other difficulties with the evidence that I hope to address in this text. 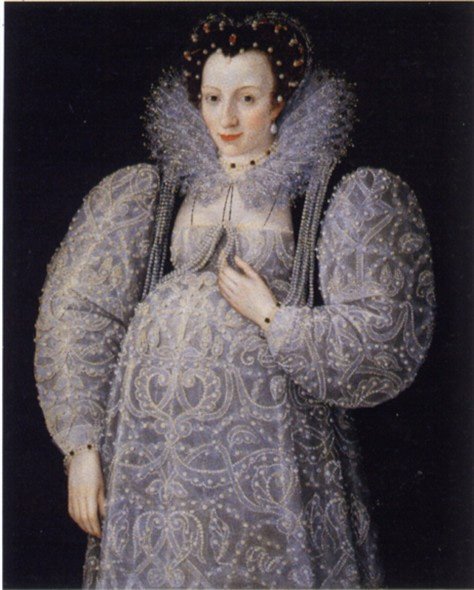 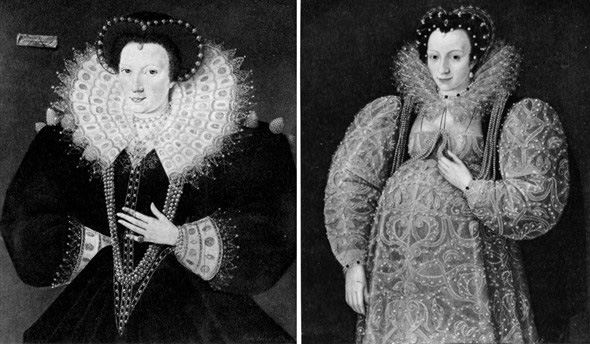 Some the most vivid evidence on the lives of both Elizabeth and Roger Manners is to be found in the archives and accounts of the Earl’s steward Thomas Screven that record his daily expenditure. These were published by the Historical Manuscripts Commission in the 18981(1). The account entries of the years 1597-99 are particularly interesting as they include the costs of paintings produced as a part of courtship process between the couple. On p417 of Vol 5 for 1597 Screven records “Item paied for two pictures of my Lord to Mr Peak, the one for my Lady, the other for Mrs Mary Ratecliff, vjli.” (The context of other entries suggests that my Lady was Elizabeth Manners nee Sidney) whilst on p419 Screven writes “Item for my Ladie’s picture to Mr. Peake, vli” It is this second picture that I believe is Portrait of an Unknown Lady c.1595 by Marcus Gheeraerts II, of course this presents the problem that Screven records the artist as Robert Peake rather than Gheeraerts but I wonder if this difficulty can be overcome by suggesting that Peake might have sub-contracted out the portrait to another artist?.

I came to the idea that the Gheeraerts Unknown Lady was Screven’s ‘my Ladie’s picture’ after looking at Roy Strong’s The English Icon: Elizabethan & Jacobean Portraiture. (3) and seeing the close facial resemblance between the Unknown Lady (which Strong attributes to Sir William Segar). Plate 187, p224 and the portrait on the left (also attributed to Segar) Plate 183 p222 which he suggests is of Elizabeth’s mother Frances Walsingham who became Frances Sidney, subsequently Frances Devereux Countess of Essex and finally Countess of Clanricard. I also support my argument by what I believe is a facial resemblance between the Unknown Lady and a portrait of A Lady Masquer in Ben Jonson’s Masque of Hymenaei by John De Critz 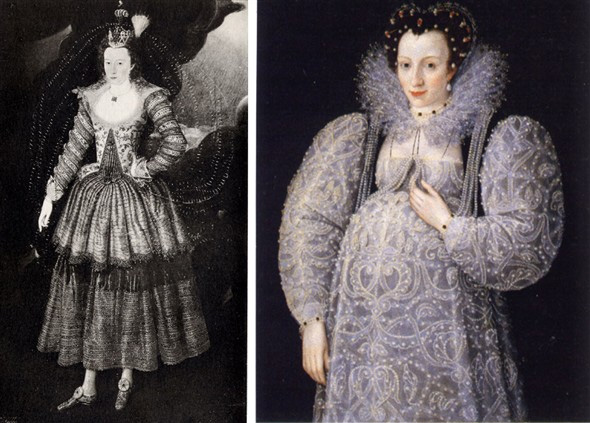 However Herford and Simpson in their definitive study Ben Jonson 1941(3) disagree with Roy Strong’s identification and believe that the subject was in fact Elizabeth Manners, Countess of Rutland