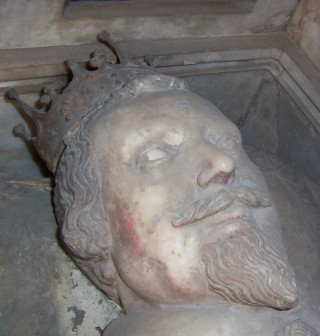 The query about Shakespeare’s writing and spelling can again be answered by placing the author in his historical period. In the 16th and 17th centuries English did not have standardized spelling, so that any word could and was spelt in any number of ways. A good example is the word silence which Shakespeare spelt scilens but which was spelt by other authors sillance or sighlence. The idea that SILENCE is the single right spelling and SCILENS or the other variations are wrong spellings did not come into the language until the 18th century, through the work of Dr Jonson and the other dictionary compliers. In this context the fact that used different spellings of his name at different times of his life and was sometimes hyphenated into Shake-Speare is nether particularly surprising nor particularly significant, and it certainly does not mean that he was practically illiterate or that he had pseudonym  as the Antistratfordians sometimes claim. (2)

With regard to his general education Shakespeare has sometimes been accused by the Antistratfordians of being poorly educated, of attending a ‘village school’ (3). This is a travesty, Stratford  Grammar  School which he as the son of a former mayor of the town, probably attended, was an elite school whose pupils would have began studying the poet Ovid, in Latin, at about the age of Nine (4). Although he did not attend university he did train to be an actor, a profession which literally required a great deal of learning.

Elizabethan Theatre, particularly Shakespearian theatre, is in our age regarded as the epitome of high culture. In my view the central failure of Antistratfordian thinking is its inability to understand that this prominence is a product of our cultural values rather than universal ones and that people in the late 16th and early 17th centuries lived within their own very different culture and that we should not simply project back our cultural norms onto a different historical period if we are to properly understand their arts and society. The Elizabethan view of the stage was that it mass popular entertainment rather than great art. Michael Wood made an interesting comparison in his book In Search of Shakespeare when he wrote:-

“The late Elizabethan Theatre was an industry with high pressure and a quick turnover. There was a different show every afternoon, and a play might only get three performances before a company pulled it off. Only big hits might get a decent run and perhaps even a revival. So there was a tremendous demand for scripts. It is interesting that during a modern run of 150 shows at the Royal Shakespeare Company only four plays are presented. The theatre impresario Philip Henslowe’s diary reveals the same number of performances in an Elizabethan season but with twenty-eight different plays, half of them new. His players could do as many as fifteen different shows in one month. Obviously this was only possible in a memorizing culture- so that all that learning by rote at school at Stratford would have come in useful” p123 (5)

There are I think two points to be made with regard to the above passage. Firstly that the educational benefits of learning fifteen plays a month for a period of about ten years must have considerable and secondly that the high demand for scripts meant that playwrights often worked in teams. It is known that Shakespeare had collaborators including George Pleele, Thomas Middleton, George Wilkins, John Fletcher and Francis Beaumont. In this collegiate atmosphere any particular educational or linguistic shortcomings he may have had could have easily been overcome.

The last two Antistratfordian questions described in section 1 of this part of the site can be addressed by academic research which shows that Shakespeare’s plays do not in fact demonstrate a particularly accurate knowledge of courtly etiquette (6) Indeed it is possible to reverse this question and ask how Roger Manners 5th Earl of Rutland could have acquired the vocabulary of Warwickshire dialect words and phrases which appear in the plays and poems?. There has also been academic research which demonstrates that the mention of libraries was unusual in Elizabethan and Jacobean wills and that, most literate courtly figures, authors and playwrights (including by a supreme irony Edward De Vere, 17th Earl of Oxford!) also, like Shakespeare, failed to make any reference to books in their testaments (7).

3. See:- Was Shakspere Shakespeare? on www..shakespeareauthorship.org

6. David Kathman Critically Examining Oxfordian Claims : Shakespeare’s Knowledge of Italy, the Classics, and the Law  and Were Shakespeare’s Plays Written by an Aristocrat? on www.shakespeareauthorship.com