You are here: Home>People>Historic People>Lady Elizabeth, Countess of Rutland>Poetry about Elizabeth Sidney, The Shakespeare Connection?

THE PHOENIX AND THE TURTLE 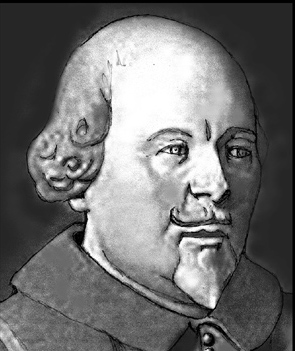 Extract of a letter from John Chamberlain to Sir Dudley Carlton, August 1612

” The widow countesses of Rutland died about ten days since, and is privately buried in Pauls by her father Sir Phillip Sidney: Sir Walter Raleigh is slandered to have given her certain pills that dispatched her; her uncle the Lord Lile is gone over to Flushing richer by a thousand pound land a year by her death . The rest of her inheritance by Secretary Walsingham is returned to the Lady Clanrickard. (1) and is at her disposing. It is certainly said that the Lord Chamberlain (2) had concluded a match for her for his son Sir Thomas Howard and I hear she was lodged and died in Durham House.”

2. Thomas Howard, first Earl of Suffolk. The Howards were the sworn enemies of the Herbert court faction of former Essex supporters to which Elizabeth had belonged. The Howards had promoted the match between Robert Deveraux, 3nd Earl of Essex and Francis Howard which Elizabeth Manners had celebrated by dancing in Ben Jonson’s Masque of Hymenaei. This marriage was by 1612 in serious trouble which the ever well informed John Chamberlain recorded in the next passage after the above extract thus: ” The Countess of Essex was going down to her Lord into Staffordshire and some of her carriage was sent away, but she hath since changed her purpose and is come to this town being in hand (as I hear) to buy or take Sir Roger Ashtons house beyond Hounslow that stands commodiously for many purposes.” This is an innocuous sounding sentence, until you know the purposes undertaken by Frances Howard, Countess of Essex in Sir Roger Ashton’s house were the consummation of her affair with Robert Carr the King’s favorite and lover (see the Thomas Overbury section). Thus Elizabeth Manners alliance with the Howard faction at such a time, so shortly after Roger’s death may well have been seen by her Herbert clan as a betrayal and as a grossly indecent haste to remarry.

As I mentioned in the Life section, the Russian scholar Ilya Gililov has recently argued that both Roger and Elizabeth Manners were the real authors of Shakespeare’s work, a claim which he bases upon his interpretation of the poem The Phoenix and The Turtle and its first publication in Robert Chester’s strange anthology Love’s Martyr, which he argues was published in 1612 shortly after the deaths of Roger and Elizabeth. Gililov believes that The Phoenix and The Turtle poem proves that Roger and Elizabeth had a loving companionate marriage, an intellectual relationship which produced great works of literature and that she died of her overwhelming grief, of her lost love for him, perhaps utilizing the pills mentioned by Chamberlain to commit suicide. From my personal perspective I feel that Giliov suffers from the conspiracy theorists tendency to ignore evidence which does not fit his pet model. Thus the following Chamberlain’s sentence not appear in Giliov’s book “It is certainly said that the Lord Chamberlain had concluded a match for her for his son Sir Thomas Howard and I hear she was lodged and died in Durham House” (which does not to me suggest overwhelming grief by Rogers widow of less than two months! ) Neither is a full discussion of Beaumont’s description of the marriage in his An Elegy on the Death of the Virtuous Lady Elizabeth, Countess of Rutland included in the book. Omissions which I feel are frankly intellectually dishonest.

However you can make up your own mind by reading the book, which is published as Gililov, Ilya. The Shakespeare Game: The Mystery of the Great Phoenix. Trans. by Gennady Bashkov et al.. Agathon Press, 2003 and by looking at the poem below:-

THE PHOENIX AND THE TURTLE

The Phoenix and the Turtle

Let the bird of loudest lay

On the sole Arabian tree,

Herald sad and trumpet be,

To whose sound chaste wings obey.

But thou shrieking harbinger,

Foul precurrer of the fiend,

Augur of the fever’s end,

To this troop come thou not near.

From this session interdict

Every fowl of tyrant wing

Save the eagle, feather’d king:

Keep the obsequy so strict.

Let the priest in surplice white

Lest the requiem lack his right.

That thy sable gender mak’st

‘Mongst our mourners shalt thou go.

Love and constancy is dead;

Phoenix and the turtle fled

In a mutual flame from hence.

So they loved, as love in twain

Had the essence but in one;

Number there in love was slain.

Hearts remote, yet not asunder;

Distance, and no space was seen

‘Twixt the turtle and his queen:

But in them it were a wonder.

So between them love did shine,

That the turtle saw his right

Flaming in the phoenix’ sight;

Either was the other’s mine.

That the self was not the same;

Neither two nor one was call’d.

Reason, in itself confounded,

To themselves yet either neither;

Simple were so well compounded,

That it cried, ‘How true a twain

Seemeth this concordant one!

If what parts can so remain.’

Whereupon it made this threne

To the phoenix and the dove,

Co-supremes and stars of love,

As chorus to their tragic scene.

Grace in all simplicity,

Death is now the phoenix’ nest;

And the turtle’s loyal breast

‘Twas not their infirmity,

It was married chastity.

Truth may seem, but cannot be;

Beauty brag, but ’tis not she;

Truth and beauty buried be.

To this urn let those repair

That are either true or fair;

For these dead birds sigh a prayer.