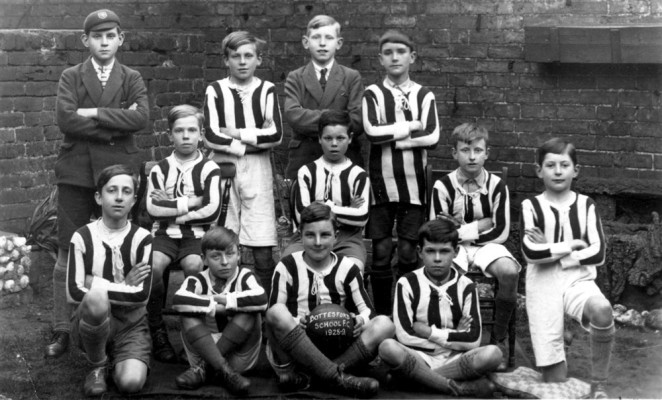 Wearing their striped team jerseys, the eleven boys of the football team strike a formal pose in a yard, probably at the village school. The caption on the reverse lists the boys as (from back row left): Albert Cooper, Henson, Jallands, Hector Johnson, Turner, Bellamy, Pickard, Lane, Breathwait, Jim Taylor, Walter Bateson, Jim Miller. ‘Breathwait’ may be one of the Braithwaite family who once lived in the village. Walter Bateson, holding the ball in the front row, was Mrs Bond’s brother.