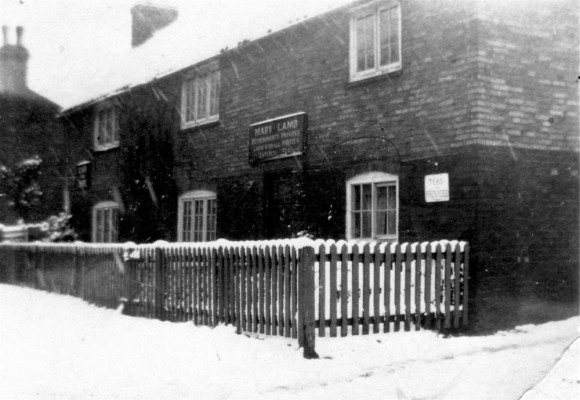 A private house since the end of the Second World War, this picture taken about 1910 shows Six Bells offering refreshments to visitors including cyclists. In the 19th Century and Edwardian period Six Bells had been an ale house. Mary Lamb was its last landlady. The words “Six Bells as a pub” are written on the reverse.