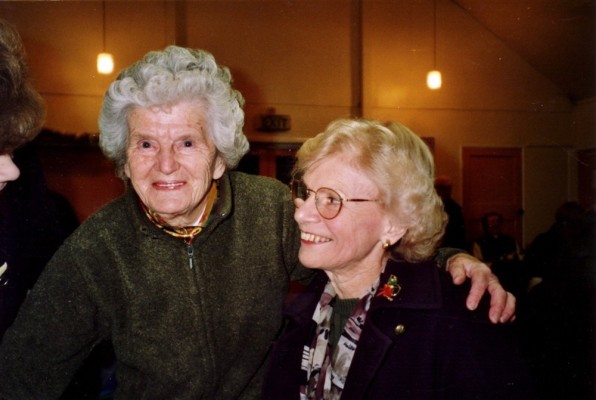 The annual CHristmas Party of the Vale of Belvoir branch of the U3A (University of the Third Age) was held in the old village hall (The ‘VC’ Victory Commemoration Hall) before its demolition and replacement took place in 2003: Mrs Ada Bond (left) and Mrs Yolande Honey (nee Norris)