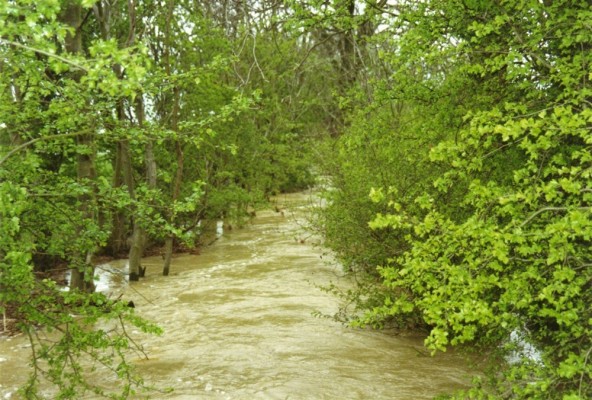 Taken around 1990, this picture shows the River Devon during one of its, fortunately rare, periods of flooding the area around the churchyard in Bottesford. At a public meeting following the flood of July 2001, the ‘man from the ministry’ talked about it as a ‘300 year event’: no doubt he was right in some respects, but there are records of floods going back into the 19th Century and earlier.