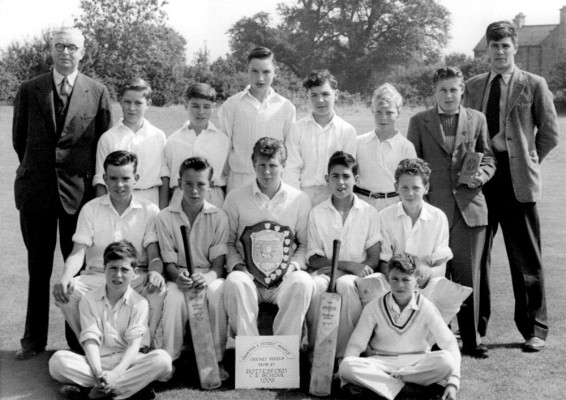 Bottesford village school senior boys cricket team in 1958, with headmaster Mr Laurie Dewey at left. The caption on the reverse names David Plummer, Robert Bond, Wilkinson, Pacey, Jallands, Topps (Muston); these are most probably the six boys standing in the rear row, but this needs to be confirmed.