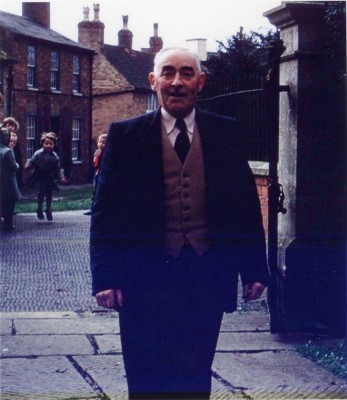 Walter Cox was headmaster of Bottesford village school in the 1930s and, after a period in the army, in the later part of the Second World War. In this picture ca. 1955s he is standing on the approach to Fleming’s Bridge, with houses of Church Street in the background. Going to Sgt Bradshaw’s daughter’s Wedding. Heather Bond and Joy Taylor at the rear of the photograph