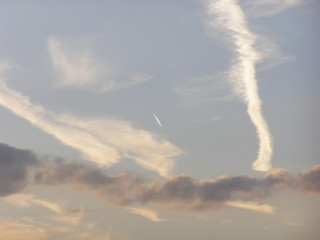 “This morning the British Ambassador in Berlin handed the German government  a final Note stating that unless we heard from them by eleven o’clock that they were prepared at once to withdraw their troops from Poland, a state of war would exist between us.

I have to tell you now that no undertaking has been received and that consequently this country is at war with Germany.”

And in front of the bake-light wireless
And the rag rug,
The world shifts.

Father sucks on his pipe.
“Best get on with it then.
I’ll put up that Anderson shelter first thing.”

Mother picks up a slipped stitch
And glances at her son,
Senses his rush of excitement,
Swallows her surge of anxiety,
And reaches out to touch his bare wrist,
Vulnerable, boyish in his open studded collar
And rolled sleeves.

And the wireless marks
The days and the years,
Comfort of shared jokes,
“Can I do you now sir?”
And a hushed fearfulness –
“I can offer you nothing but blood, sweat and tears,”
While Vera Lynn’s
Bluebirds fly over the white cliffs of Dover,
And It’s That Man again,
Music While You Work, and
BBC Home Service.
This is London calling
And here is the news read by Alvar Liddell –

And the Yanks are coming
Glenn Miller and jitterbugging
In the dance halls
Under the glitterballs.
Gracie Field in the Naafi,
“We shan’t be needing a microphone.”

And the lanes are full of jeeps and trucks
And tanks, and bikes wobbling through mud,
Navigating by smell in the blackout,

While overhead the Lancaster bombers
Are counted out.

Some are counted back in
And some are not.

“Hostilities will end officially
At one minute after midnight tonight.

God save the King.”

And the Church bells rang in St Mary’s
As they had never rung all through those years,

But there were local men who never heard them again,
And men from London and Cardiff and Glasgow
And Ohio and Saskatchewan and Sydney
Who never got to tell their folks about
A little village in the English Midlands
Where they had a pint
In The Bull Inn and the Red Lion and the Granby Arms.