You are here: Home>Tags>Archive>Bottesford Local History Archive>BOT196: Stenwith Lock House, in 2007>Believed to be the simple grave where Ron Damms' ashes were buried.

Believed to be the simple grave where Ron Damms' ashes were buried. 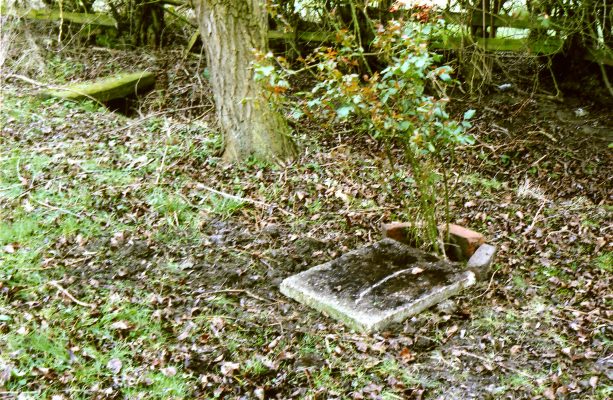 Believed to be grave where Ronald Damms were interred in 2004.
Margaret Langton

This stone is believed to mark the burial of Ron Damms’ ashes by his brother in 2004. The site is also marked by flowering shrub, probably a rose bush. Behind it can be seen the site boundary ditch and hedge, and beyond these the water of the canal itself.