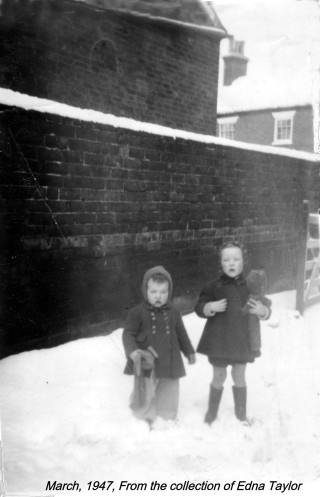 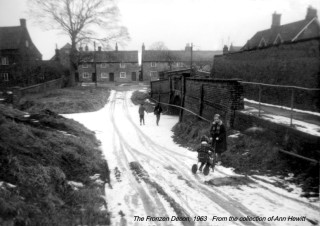 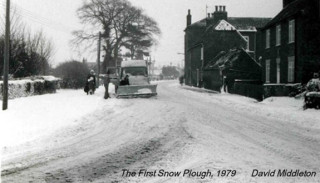 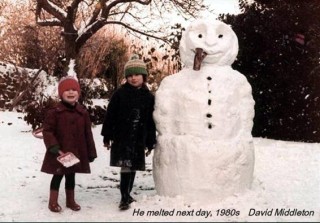 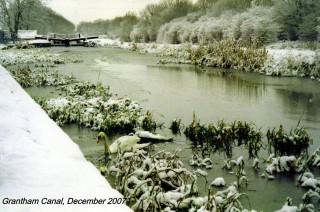 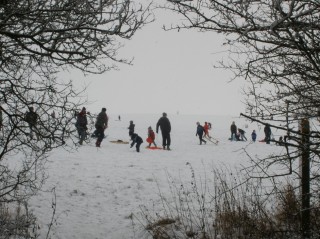 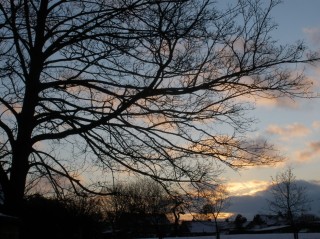 I remember Basil Hodgkinson of Muston telling me how, as a boy, he used to look forward to the winters when there would be regular skating competitions on flooded land at Sedgebrook. His memory, when well into his eighties, was of regular cold winters when the low lying and poorly drained fields could be relied on to flood and freeze over so that the neighbouring villages held an annual skating competition.

My father also told me that one day, when he was young, he had been sent to fetch the farm ‘ s carthorse home from the canal fields where it had been grazing. It was winter and had been particularly cold. The task of bringing the horse home and down Belvoir Road meant opening a series of gates, since the horse was in the field farthest away from the road. My father remembered that his hands were so cold in the freezing weather that he wanted to keep them in his pockets for warmth and not have to bother opening a series of gates as he passed from one field to another, so he walked the horse up onto the canal towpath so as to have a gate-free walk to the road.

Unfortunately the horse took this not only as a sign to speed up, but also, to his horror, to walk out onto the ice of the frozen canal. Panic set in as my father thought how he could explain back home that the horse had drowned when it crashed through thin ice to a fate no carthorse deserved, but to his amazement the ice bore the weight of the workhorse – probably getting on for a ton – and they happily rode along to the road on the frozen surface. It must have been a strong frost for the ice to bear the combined weight of them both, but the huge feet of carthorses were renowned for spreading their weight over a relatively large surface area when they ploughed or did other farm work.

I can remember one other comment my father made about these great beasts that agriculture relied upon up until the time of Second World War. It was how they worked so hard at harvest time pulling the trailed binder all day, that when they were taken out to their grazing field at night water was put out for them to quench their thirsts after the days toil, but they were often too exhausted to drink and just flopped down onto the ground to rest. Perhaps our idyllic vision of harvesting in days gone by neglects the uncomfortable truth that both for animals and men it was tough, unrelenting, hard work.

My own memory of winters ” like we used to have ” was one year when, as usual, the brickworks field that is now the recycling site was flooded and had frozen over. It seemed that half the village youth were there trying to skate. Only a very few had proper wooden skates and they didn ‘ t lend out such precious treasures to the likes of me, so along with others I went off into the nearby tip (now the industrial estate) and mackled up some broken off lengths of metal bicycle mudguards and tied them onto our shoes as an attempt to make our own skates.

Not surprisingly it wasn ‘ t very successful and didn ‘ t lead to any great skating talent developing, so our interest moved elsewhere. Someone said that the ford was flooded over and that you could cycle across on the ice without getting wet. Keith Fisher and I cycled off to go and see for ourselves. Sure enough the river was completely frozen over and you could indeed ride from one side to the other without the ice giving. Not only that, but we cycled on the ice from the ford to the wooden bridge, then started out again on the ice from the churchyard and carried on right through to the Grantham Road bridge where the water underneath was no longer frozen.

All the above, needless to say took place in the pre-Health and Safety climate that young people grow up in now. They don ‘ t know what they are missing!!