The Norris family of Holbeach in WW1 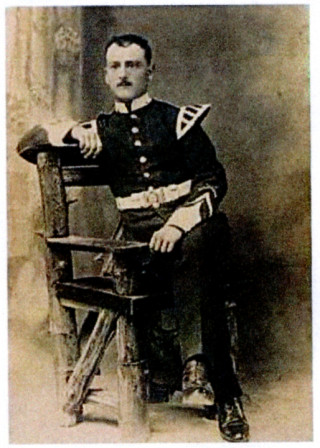 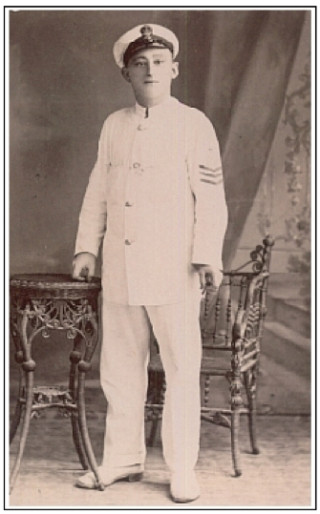 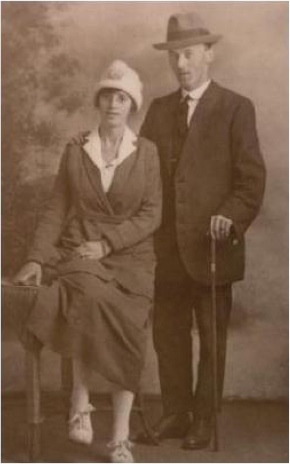 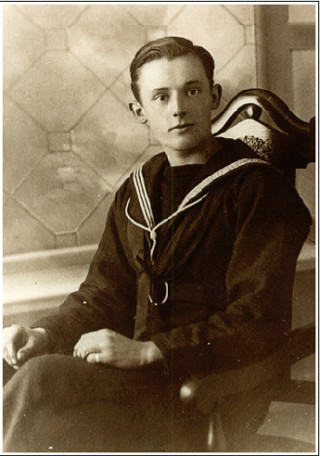 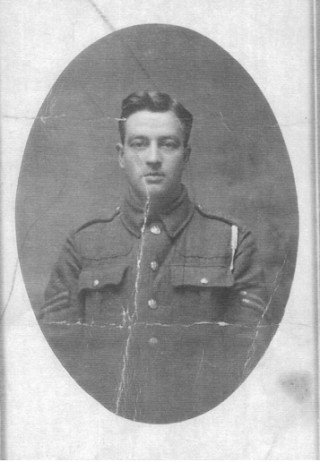 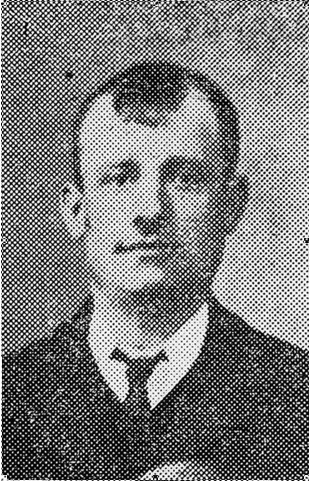 Peggy Topps’s father, George Francis Norris, was from a family of ten children. Her brother Andrew Norris who now lives near Preston, has kindly provided us with details of the war service of their family during the 1st World War. It makes fascinating reading, giving detailed insight into the range of service and sacrifice of this one family.

Originally from Holbeach where their father John Edward Norris was a potato merchant, by April 1914 their mother was widowed after the early death of John Edward. She would have to bear the consequences of the war on her family without the support of her husband.

Peggy, Nancy, Clive and Andrew’s father was the last to enlist from the family in late 1918.

Of the ten children in the Norris family seven were boys, and of those seven, Percy was far too young to serve in the Great War, as he wasn’t born until July 1908. However the eldest, John Meek Norris certainly was, and by the time war broke out, he had been in the army for four and a half years. In Holbeach where he was born, he’d been a member of the local Rifle Club and also the Town Victoria Band, both stood him in good stead as he was a member of the 2nd Battalion Lincolnshire Regimental Band. In August 1914 his Regiment was in Bermuda when the order came for them to return to England, and prepare for war. They sailed aboard the SS Canada in a convoy of 31 ships, docked at Devonport on October 20th and travelled by train to Hursley Park, Winchester, where they stayed until sailing to France on 5th November.

On January 8th he was taken to the No7 Clearing Hospital with an as yet undiagnosed mental illness, before being shipped back to England on the SS Oxfordshire and admitted to Netley Hospital, Southampton suffering from ‘Neurosthenia’ due to ‘Stress of the Campaign.’ (Shell Shock!) According to his service record he spent just 21 days at Netley before being discharged yet it wasn’t until 9th August 1916 that he went back to France, joining the 1st Battalion at the front on the 27th at Dainville on the outskirts of Arras before moving westward to Grand Rullecourt. Reinforcements were arriving nearly every day and after the Battalion moved by train to Albert and marched to camp at Becordel, their strength was 40 Officers and 1007 Other Ranks. They went into the front line near Bernafay Woods on the 17th September in drizzly rain and in the space of the next 5 days it was reported that 4 Officers were wounded, and from the Other Ranks there were 7 killed, 31 wounded and 2 missing. After a further move to Fricourt and another spell in the trenches resulting in yet more casualties, the Battalion strength was down to 25 Officers and 741 Other Ranks. Due to this large loss of men, John Meek was appointed unpaid Lance Corporal.

‘At dusk signs of enemy movement had been noticed on the road and two Machine Guns and several riflemen had continued been sniping at our front line. The night was fine with a clear moon. The left platoon from “C” Coy gained the road without opposition. The platoon detailed by the right Company under 2nd Lieut. S.C. DAWE met with considerable opposition. In spite of the light night Lieut. DAWE succeeded in gaining the road. Once there he silenced the enemy fire for the moment with his Lewis Gun and pushed on up the road, handling the platoon with great skill, gained his objectives, and sent back word to this effect. The remaining three platoons of each Coy. were at once sent up to consolidate. This was done without opposition on the left. On the right the enemy sniped for a considerable time, and attempted a bombing attack.

During this period the covering party was handled with great skill by Lieut DAWE. A bombing attack that was meeting with a certain measure of local success was quickly checked by him; and, though personally wounded in the wrist, he remained for 21/2 hrs. at this forward post and, by energetic use of his Lewis Gun drove off the enemy who had a Machine Gun with them.

Our casualties were 2 Officers wounded and 14 Other Ranks.’

Edward Anderson Norris joined the Royal Navy on 6th June 1906, aged 16, when he was described as a ‘butcher’s boy’, and worked his way through the ranks until he retired on March 4th 1930 with the rank of Chief Yeoman of Signals. During the 1st World War he was mainly shore based, probably training recruits. When the 2nd World War broke out he re-enlisted and served from 28th August 1939 until 7th August 1940 at Cape Wrath.

Archibald Louis Norris, joined the West Riding (Duke of Wellington’s) Regiment on 10th November 1914 at Huddersfield. He was appointed unpaid Lance Corporal, but soon requested that he be returned to the rank of Private. He went out to France on 26th August 1915 and was wounded in the abdomen on 4th November 1915, whilst in the trenches at Wangerie, south of Armentieres. The War Diary states: Rain continued. Trenches very bad. In places water came up to the knees and the mud was over the ankles.’ He was wounded again the following year in action near Ypres, with gunshot wounds to his right buttock and returned to England, finally being discharged on February 4th 1918. His health was never very good afterwards, and he died of lung cancer in 1946.

James Richard Norris joined the Navy for the ‘Period of Hostilities’ at Devonport on 25th March 1916 and was posted to HMS Drake, an armoured cruiser, in July. In October the ship having just finished escort duties for convoy HH24 from America, was torpedoed by U-79 near Rathlin Island off the north coast of Ireland. The torpedo hit the No2 boiler room on the starboard side, flooding the boiler room instantly, and the ship struggled to reach Church Bay where the crew were taken off and the ship eventually capsized.

HMS Drake is still where she sank in 20 metres of clear water and is a popular dive site.

As soon as George Francis Norris was 18, on October 11th 1918 he was determined to join his brothers in the forces. He signed on at the Royal Navy base at Devonport on the 19th October. The war finished on the 11th November and he was discharged on December 31st without setting foot on a ship.

Percival Edgar Norris, a cousin of the brothers above, enlisted with the Northamptonshire regiment at Peterborough on 19th August 1914. Previously he had joined the Royal Navy as a regular in 1913 but had been invalided out with ‘loose cartilage in his right knee.’

In France in August 1917 he received an injury to his right hand which led to an enquiry being held to determine the facts of how the injury was caused.

The Medical Officer wrote that the injury was of a trivial nature and ‘will not interfere with his future efficiency as a soldier.’

Statement of Circumstance: Pte Norris was working in DALE TRENCH on the night 4/6th Aug. He was hit on the hand with a pick by the man working next to him. (No 10130 Pte Ping) He was in no way to blame.

Private Ping’s statement: On the night of the 4th August 1917 I was working in Communication (Dale) Trench, deepening the trench. I was the next man behind Pte Norris and as he was shovelling earth out of the trench, I was using the pick and I accidentally caught his hand with my pick. It was a very dark night.

Lance Sergeant Jack King’s statement: On the night of the 4th August 1917 I was in charge of a working party in DALE TRENCH when No 12059 Pte Norris was accidentally struck with a pick in the hand by No 10130 Pte Ping. It was a very dark night and Pte Norris was in no way to blame.

Another cousin Thomas William Norris who had previously served as a regular with the Suffolk Regiment, re-enlisted as soon as war broke out in August 1914 and was posted to the Bedfordshire Regiment in August 1916 when they sailed for France. On the 23rd April 1917 he was reported as ‘Missing in Action’ near Arras. Later his father was notified that he was a Prisoner of War. He was repatriated on December 27th 1918.

Yet another cousin, John Thomas Norris Atkinson who was a Corporal in the West Riding Regiment was awarded a Military Medal for ‘Bravery in the Field’ in October 1918, and was also injured with a ‘slight contusion of the right knee’, having been ‘kicked on the football field’ whilst playing for his battalion in November 1918.

His brother George Atkinson was not so fortunate. Initially serving with the West Riding Regiment he was transferred to the Royal Fusiliers City of London Regiment and was killed in action on 31st July 1917 near Voormezeele, Belgium.