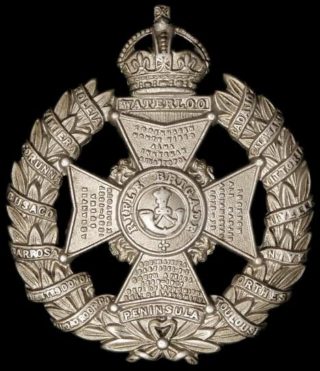 Frank Bernard Taylor is one of the men whose military record was found by Trevor Lewis and Sheila Marriott, to whom we are grateful. He came from Bottesford, but was brought up in London. He was killed in action in July 1917, fighting in the Ypres area, Belgium.

Frank Bernard Taylor was born in 1897 in Bottesford, and does not appear to have married. His parents were George Albert Taylor and Emily Taylor. George was born on the 15th November 1868 at Londonthorpe, Lincolnshire. Emily Wilkinson was born in 1871 at Bottesford, daughter of William Wilkinson. They married on the 28th March 1892.

In 1911, George and Emily lived at 98 Heigham Road, East Ham, Essex, with children Harry (17), Lily (16), Frank (14), Gilbert (11), Clarence (8), Marjorie (6), Emily (5) and Constance (4). George and son Harry were both butchers, as was their boarder, 23 years old George Mansfield from Barking. The oldest three children were born in Bottesford, but Gilbert was born in Hornsey, London, while all the youngest were born in East Ham. We can deduce that George Taylor had a butcher’s shop in East Ham, having earlier been based in Hornsey for a while. Before 1900, the family had lived in Bottesford, and may well have been related to the Taylors that farm and run the village butchery to this day.

Frank Taylor enlisted at East Ham and joined the 16th Battalion, Rifle Brigade, as Rifleman S/28704. After this, the only information we have is that he was Killed in Action on the 31st July, 1917, and was buried at Poelcapelle British Cemetery.

His battalion was part of the New Army. It was formed in the Borough of St. Pancras on 2 April, 1915, by the Parliamentary Recruiting Committee, and came under orders of 117th Brigade in 39th Division. On the 8th March, 1916, it landed at Le Havre. On the 16th May, 1918, it was reduced to cadre, probably following severe losses during the Spring Offensive. However, in the summer of 1917 the Division was heavily involved in phases of the 3rd Battle of Ypres. On the 31st July, it took part at the start of the Battle of Pilckem (31st July – 2nd August), and it is probably here that Frank Taylor lost his life (Background information taken from the Long Long Trail).

Killed in action, probably at the start of the Battle of Pilckem
Served in
Rifle Brigade (3)