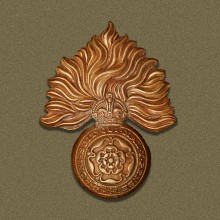 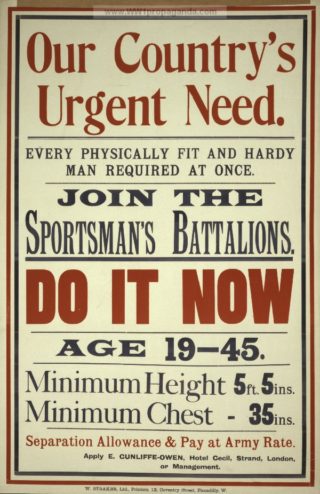 A note in the Grantham Journal of 1916 mentions the military career of E.A. Hardy “of Bottesford”. In fact, though he lived in the village before 1900, and his wife was from an established Bottesford family, the Hoes, there is no evidence that they returned after 1900. Edward Hardy is not one of the names on the ‘church list’ of Bottesford servicemen, nor is he on the 1919 electoral roll for the parish. The indications are that they lived in Birmingham after the end of WW1.

Also, there is no evidence that he was related to Sgt Walter Hardy DCM of the Sherwood Foresters, who was tragically killed during the ‘Spring Offensive’ of 1918.

E.A. (Edward Arthur) Hardy was born on Grantham in 1863, and must have been one of the oldest men to enlist as a private soldier in 1914. In the 1871 census, he was probably the eight-years old boy recorded as a boarder living at Grantley Street, Spittlegate, Grantham, with Elizabeth Gregory (aged 40) and her daughter Sarah Ann (aged 16). The identity of his parents has not been resolved. They may have died before 1863, or Edward might have been illegitimate. Without further information, it is perhaps unwise to speculate further.

In the 1881 census, Edward A Hardy was living in Bottesford, lodging with the baker, Richard Sherwin, his wife Sarah and their daughters Anne and Louisa, on Albert Street. Edward was now eighteen years old, employed as a railway clerk. In 1888, on the 20th November, he married Fanny Hoe, born in 1863 daughter of James Hoe, at St Mary’s. The Grantham Journal described the occasion in its 24th November 1888 edition, “A numerous and fashionable congregation assembled in St Mary’s Church at noon on Tuesday last to witness the marriage of Mr. Edward Arthur Hardy of Barnet, Herts, to Miss Fannie Hoe (niece of John Hoe, Esq., of Queen-street, Bottesford). The Rev. R.M. Norman was the officiating clergyman, and Mr Edward Senescall of Knipton acted as best man. The bride was given away by her brother-in-law, Mr F.W. Smith, of Newark, and the bridesmaids were Mrs Simpson and Miss F. Daybell.” This account goes on to give a detailed list of the wedding gifts, from which it appears that neither of Fanny’s parents were there, though her father did present the couple with a set of cutlery. Also, the only gift from the Hardy family was a glass dish presented by a Miss Hardy (no christian name given). Edward Scenescall was postmaster, grocer, baker and draper of Knipton.

We can conclude that Edward Hardy had moved to Barnet before 1888, presumably because of his job, but then came back to Bottesford to start his married life. In the 1891 census, Edward and Fanny Hardy were on Queen Street, living with Fanny’s uncle John Hoe, now a widower (aged 77, a retired excise officer). Edward still gave his occupation as that if a railway clerk.

Fanny’s father, James Hoe, was born in July 1843, in Bottesford, son of brick-maker Thomas Hoe and his wife Harriett. He was the sixth of nine children listed in the 1851 census, and in 1861 was still living at home, aged 17, working as a butcher. By 1871 he had moved to Hull, Yorkshire, where in 1870 he married Maria Crabtree and their daughter Florence was born. Fanny Hoe had been born illegitimately in 1863, when James was 20. The identity of her mother is uncertain. In 1871 she remained in Bottesford, living with her uncle John Hoe and his wife Ann, on Queen St. She was still there in 1881, by which date, her father James Hoe was in Bethnall Green, London, working as a painter, living with his second wife, Isabella. and two children, Florence, now aged 10, and Alice, 5, born in Bottesford. It seems that James and Maria had returned to Bottesford where, in 1875, Maria died soon after her second child, Alice, had been born. James had then moved on to London, taking Florence and Alice but again leaving Fanny behind, and married for a second time. There is a record of a man called James Hoe getting married in 1880 in Stepney, though unusually (for Find My Past) the name of the bride (Isabella) is not given.

The next record that has been found is in the 1911 census, where it is seen that Edward Hardy is a 48 year old laundry proprietor living at 26 Market Street, Heanor, Notts, with Fanny,  now aged 47, and their two daughters Marjorie Violet, aged 17, born in Bottesford, and Lillian Maude, aged 10, born in Kimberley, Nottinghamshire.

The Grantham Journal of the 11th March 1916 reported,”A.E. Hardy of Bottesford, Sergeant-Cook of the 23rd Battalion Royal Fusiliers (1st Sportsmen’s) has been successful in passing, by 94 marks out of 100, his examination as a superintendent cook at the Army School of Cooking. He is at present posted to the 30th Fusiliers at Oxford, but expects taking up his other duties at an early date.”

The 23rd was a ‘pals’ battalion called the 1st Sportmen’s. It was raised in September 1914 by Mrs Emma Cunliffe-Owen at the Hotel Cecil on the Strand in London. It had its own servicemen’s numbering system. E.A. Hardy was number 988 (see listing in www.sportsmansgazette.blogspot.co.uk/), from which is can be inferred that he enlisted on the 19th October 1914. He would have been 51 years old. We have no details of his service other than those given by the Journal, but it seems unlikely, in view of his age, that he would have spent much time in active fighting. Indeed, it is surprising that he was accepted at all. Mrs Cunliffe-Owen’s proposal to Kitchener had been to raise a battalion of ‘upper-class’ able-bodied men less than 45 years old. Perhaps Edward Hardy had professional skills and experience that would have been of particular value.

No record of Edward Hardy or his wife Fanny has been located in the 1911 census. It is possible that he was in the forces at this time, either in the South Africa campaign or in India. There is a record of a Cpl 253 E.A. Hardy, Prince Alfred’s Cape Field Artillery, 1899-1902. This may have been him.

The 1939 register includes the record of Edward A Hardy, born on the 21st January 1863, an old-age pensioner, living at 18 Brookhill Road, Birmingham. With him were his daughters Violet, born in 1893, unmarried, an ‘aeroplane tyre maker’, and Lillian, born in 1900, also unmarried, an ‘aero engine inspector’. There is also a record of an Edward Hardy who died in 1942 and was buried in Witton Cemetery, Birmingham.