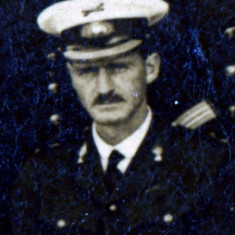 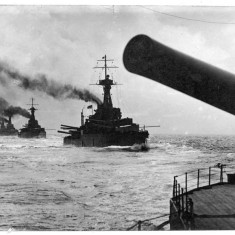 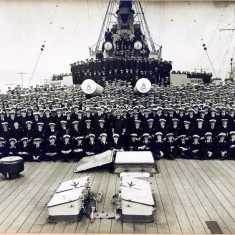 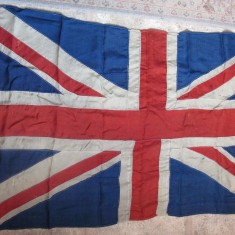 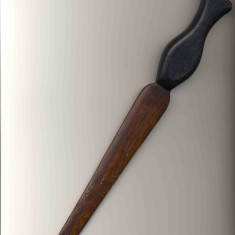 Paper knife made of mahogany from HMS Vanguard. The ship exploded in Scapa Flow on the night of July 9th, 1917 with the loss of 843 men from the crew of 845 who were onboard that night. The knife is inscribed 'HMS Vanguard' with other writing that is no longer legible 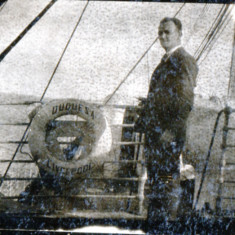 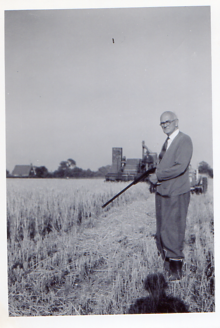 My grandfather was born in Bottesford on the 1st May 1892. His mother, Emilie and father, Robert, a corn merchant, lived on the High Street. But Grandad said he was born at Hill Farm (near the Grantham Canal) in sight of Belvoir Castle, and therefore could claim ‘blue blood’!

At 8 years old the family moved to Green Hill, Little Gonerby, and Grandad received his education at the King’s School, Grantham. He was a choir boy at St Wulframs and made eyes at KGGS girl in the front row, who was to become his wife in 1920.

When he was 18, Grandad moved to London where he worked in the London and River Plate Bank until the out break of the 1st World War. On November 3rd 1915 he enlisted in the RNR, joining his ship at Glasgow in February 1916 as a Gunnery AB on the minesweepers. They worked the North Sea joining with the Grand Fleet at Jutland.

On February 21st 1918, aged 25, he was granted a commission and joined HMS Queen Elizabeth as a Temporary Paymaster, Sub-Lieutenant. Although the Queen Elizabeth, the Fleet Flag Ship, did not take part in the final battle, Grandad was on board when Admiral Beatty and Admiral Rodman USN accepted the surrender of the German Fleet and when King George V visited the ship in 1918.

Returning to London after the war Grandad was employed by Houlder Brothers Shipping Company until his retirement.

In 1920 he married Elsie Maryan Anyan who was from Dembleby in Lincolnshire. Grandad used to walk the 10 miles from Grantham to Dembleby to ‘court’ Grannie before the War. After they married they named their homes, ‘Dembleby’.

In 1922, on January 1st my Mum, Jeanne, was born in Hampstead (not Heath she used to say!) and who, in the 1980s moved to Bottesford, to complete the circle.

I arrived here in 1987, keeping Bottesford ‘in the family’!