Legal documents dating back to the 18th Century 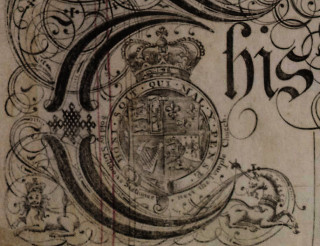 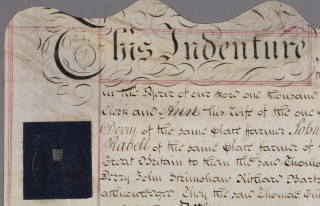 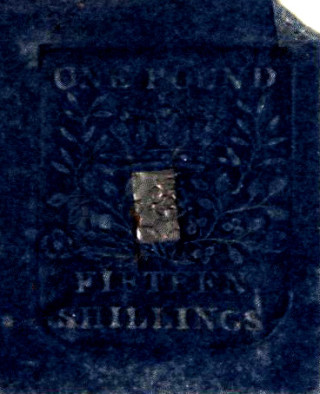 Dyers Cottage, No.9 Chapel Street, is named after Mrs Rosie Dyer who used live there. It is a modest, two-floored cottage located opposite the north end of Queen Street. Many old buildings have gone, including a terraced row of eight cottages that used to stand behind No.9, and were reached through the covered alley still seen between Nos 9 and 7 Chapel Street. These were known as Retford’s Cottages, and before that as Wright’s Yard following their acquisition in 1828 by a Dr Wright. Before this date, this row of cottages was used as a village workhouse, as indicated by documents recording their sale by the Overseers of the Poor and the Vestry.

A treasure trove of documents

The present owners, Nicky and Andy Wendler (proprieter’s of the Malthouse Deli), kindly made a box of old documents that go with the house available to the Living History Project. This is a treasure trove of legal papers or ‘Indentures’ marking the changing ownership of the cottage and adjacent buildings going back to the mid 18th Century.

Such documents are difficult to read, and the task of transcribing them has hardly begun. Though delicate, with wax seals and official stamps attached to them, they are mostly in very good condition, well worth preserving. To minimise handling, they have all (with the exception of two multi-page documents) been photographed or scanned. in the case of thirteen of the oldest, they have been scanned using the facilities made available by the British Geological Survey, at Keyworth, as part of their Public Understanding of Science policy. Such generous support is a major benefit to the Bottesford Living History Project.

The digital copies now form part of the project’s research archive. The pictures show details of seals, stamps and writing from these fascinating papers.

The British Geological Survey is itself part of our history. Founded in 1835 in London, it moved to Keyworth during the 1980s and is part of the Natural Environment Research Council. It is one of the oldest geological survey organisations in the world, charged with recording geological resources and giving information and advice to the UK Government among others. It has an enormous wealth of maps, plans, rock specimens and over a million fossils. The Keyworth office also has a shop where members of the public may buy a range of maps, books, minerals, jewelry and other gifts. To learn more visit their web site by clicking: