Pubs: Past and Present

Good places for a friendly drink and a bite to eat 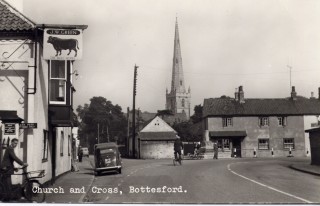 The Bull Inn with St Mary's spire in the distance 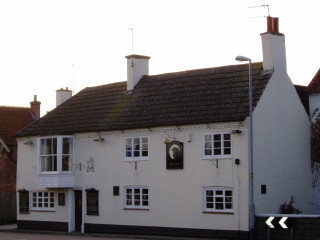 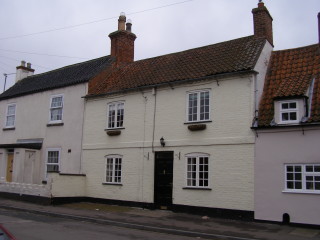 Site of the former Granby Arms

Five Pubs in Bottesford
In the 19th Century, Bottesford, with a population of about 1300 (including Easthorpe and Normanton), had five pubs. Travellers arriving today from the Nottingham direction will pass the Rutland Arms, the Bull Inn and the Red Lion, within a couple of hundred yards or so, in the centre of the village. In past years, they would also have been able to call at the Granby Arms in Queen Street and the Six Bells in Church Street, but these two are long gone. Bottesford was on the Nottingham to Grantham turnpike, and its pubs would have catered for travellers as well as the locals.

The Rutland Arms is a four-square red-brick Victorian building on High Street.

The Bull Inn is an old coaching inn on Market Street, opposite the medieval Market Cross.

The Red Lion is an old building on Grantham Road at its corner with Church Street, also close to the Market Cross.

The Granby Arms occupied No.6 Queen Street. The wall painted pub sign was still clearly visible in the early 1970’s. The building stood derelict for a number of years until it was renovated in the 1980’s

The Six Bells was a small alehouse, now No.4 Church Street, close to Fleming’s Bridge. This last served beer around 1919, as far as I know, and its operation was probably intermittent before that, to judge from old censuses and Kelly’s Directory.

Within living memory, the three major Nottingham breweries kept pubs in Bottesford: Shipstones had the Rutland Arms, Home Ales had the Bull Inn, Hardy and Hanson had the Red Lion. All these local breweries have been taken over and their breweries closed. Hardy and Hanson survived longest, but were taken over by Green King within the past year, and their old Eastwood brewery has gone the way of all the others.

And one at Muston
Muston, with its population around 300, had one, which is still very much in business despite a serious fire a few years ago. This was called the Wheat Sheaf, but is now known as the Muston Gap. Standing on the old turnpike highway, it served thirsty travellers as well as the local people. Today it is a modern pub-restaurant, catering for car-borne families as well as the locals.