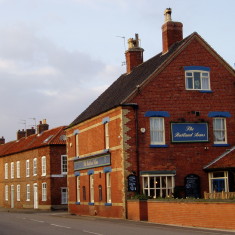 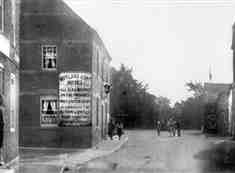 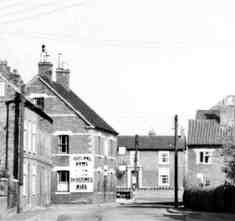 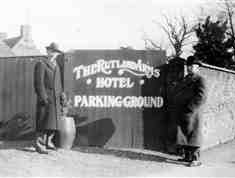 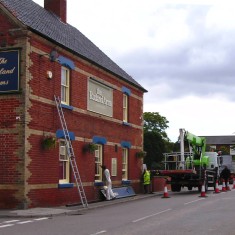 Known to have had a large function room on the first floor. The entrance was on the front where the middle ground floor window is. The boot scraper and replaced brickwork are visible in the photograph. This was altered when the property was renovated in the 1980’s before the adding of the  restaurant was built on the eastern elevation in the 1990’s.

A Shipstones of Nottingham pub for many years.

Perhaps built to cater for the burgeoning trade, including tourism, after the opening of the Nottingham and Grantham Railway on July 18, 1860. (See Allen’s Illustrated Guide to Nottingham by J. Potter Briscoe, 1888). Or was it 15th July 1850? (See Bingham Heritage web site)

(NB: This needs further enquiry to follow up – for example in Michael Honeybone’s 1989 “Book  of Bottesford” – both in terms of tourism and railways – See also the History of Bottesford South Station)

All the major Nottingham breweries had pubs in Bottesford.