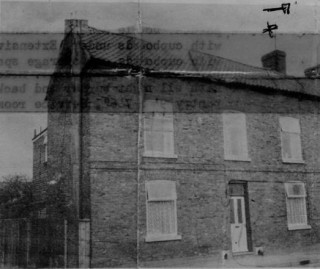 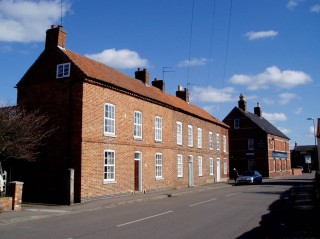 Built at the end of the 18th century it may not have been always called “Field View”. Although given its aspect it is aptly named. The deeds only go back as far as 1947 so we do need further information about previous owners. Repairs and renovations over the last 40 years have revealed something of the house’s history.

The rooms to the back of the house pre-date those at the front, with parts of the kitchen and pantry walls constructed of both mud and local ironstone. The front elevation is built of local bricks. These help date the house. In the 18th Century bricks were taxed by size. Consequently, smaller bricks attracted less tax. However in 1784 the standard brick size increased dramatically. To fund the American Wars quantity became the basis of brick taxation and it became more economic to produce bricks of larger size The bricks on the front elevation appear to predate the brick tax changes of 1784 being much thinner and shorter. The front elevation has a distinctive ‘stringer’ course of bricks at 1st floor level.

Excavations of footings and the sub-floor revealed that the 18th Century brick work replaced an earlier structure. Field View is part of a terrace. However there is evidence that the adjoining houses were built at a later date. Close inspection of the join between the two properties shows that Field View was built adjacent to a lower single story property of irregular build eg., stone. The party wall in the attic also retained a bricked-in window similar to the one visible on the gable end of the attic room facing west down the High Street.

Renovating the dining room in 2001 revealed a floor of Ancaster flagstone. These hand-sawn stones showed evidence of having been re-cycled. Door-post holes had been made good indicating that the flagstones had been used elsewhere. The sub-floor also revealed a black layer of charcoal debris. Perhaps the 18th Century rebuild was necessary because of a major fire. Owners of the property were certainly concerned to insure the property. The house still displays  a “Yorkshire 1824” fire mark on the front wall. Chards of a Bellamine jar were found under the hearth of the dining room. These old wine vessels were filled with objects to ward off evil in the 17th century. There were also bone fragments from a dog’s jaw. We still have two of the teeth!!

The dining room has its original Georgian arches in the alcoves and both this room and the lounge had doors to the rear of the house through a stone and rubble wall. All the rooms to the front of the house have boxed beams and the original reed and plaster floors as do the attic rooms. The attic rooms did have beams made from ship’s timbers but death watch beetle had caused extensive damage and they were replaced in the early 1970’s. The rear of the house was extended in the 19th century. In the late 1960’s the local builder W.J. Roberts added a bathroom and further bedroom over the Victorian extension that is now the kitchen, but formerly a rear parlour. However the room that was the original kitchen still has the original Georgian window. Ada Guy, who lived nearby for many years in one of the Hands Walk bungalows, recalled that she was taught to cook in the early 1900’s at a “school” in Field View. A large table was set up for children to work in the back yard outside the then kitchen door.

All the halls and landings appear to have been originally painted dark petrol blue. The journey to bed in winter must have been pretty gloomy! The attic room have ledge and brace doors made with hand forged nails and all rooms to the front of the property still have the original 18th Century doors and architraves. An under stairs cupboard has a wood cased lock of some antiquity.

The garden provides further clues of the domestic economy of the families who have occupied this property. The well is never dry even in drought conditions, The site of the pig sty is visible as is the privy. Dig anywhere in the garden and you unearth masses of pottery chards, medicine bottles, paste lids, shells, animal bones and clay pipe stems. An old pear tree produces a rock hard crop that was stored on old fruit racks in the attic. Sadly woodworm had reduced these to a state beyond repair by the early 1970’s. A long established Bramley apple tree still crops well each year.

To mark the milestones of repair and renovation we placed small time capsules recording work on, and occupation of, Field View. Hopefully future generations will find these of interest.