You are here: Home>Topics>Events and Celebrations>Bottesford's Festival of Britain celebrations 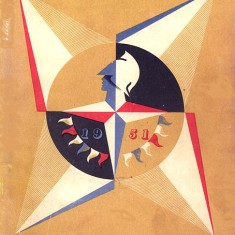 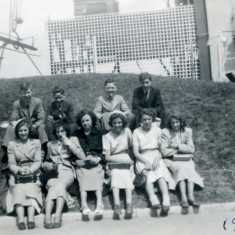 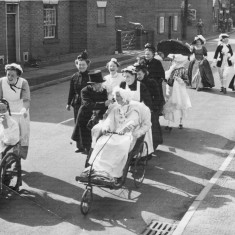 On left Mrs Edna Taylor pushing Mrs Reuben Jackson in a wheel chair. Ladies in black are Mrs Singleton and Mrs Emily Rayson. Between them in white is Mrs Joan Waudby. Behind in black is Mrs Emily Jackson. The three costumed ladies to the rear are Mrs Ada Bond, Mrs Edna Daybell and Mrs May Green 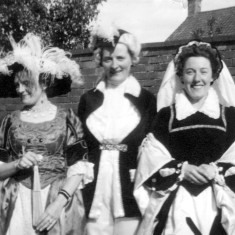 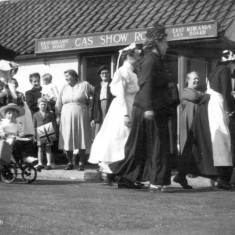 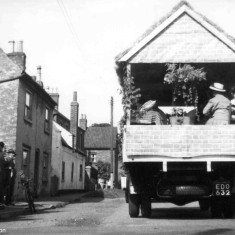 Either the Mother's Union or the W.I float processing along Albert Street on a lorry owned by T. Samuels 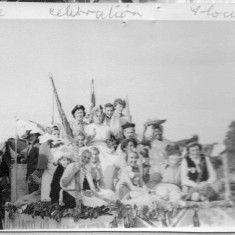 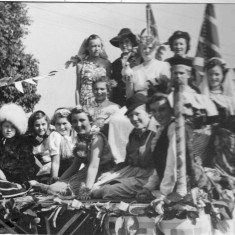 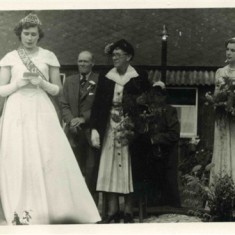 Crowning of the Festival of Britain Queen in 1951 in front of the Bottesford VC Memorial Hall: Left to right: Mr Heath, Dorothy Calcraft, Mr Gale, Mrs Gale and Margaret Waudby 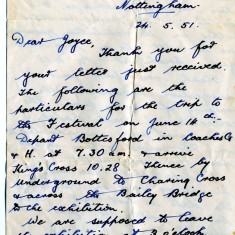 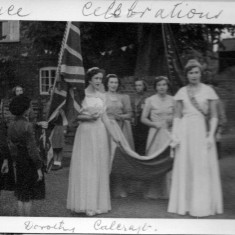 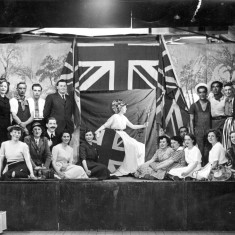 Tableau at the end of the Variety Concert, Bottesford 1951 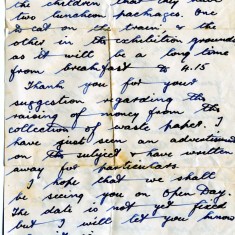 Letter to Joyce Skinner from Mr Laurence Dewey, the Head Teacher at Bottesford School, giving details of the forthcoming school visit to the Festival of Britain. Joyce had left school in the previous March

Bottesford joined in the spirit of the occasion and  celebrated the event during the summer of 1951.

A trip to London was organised for children at the school.

In May 2011 Margaret Waudby recalled some details of Bottesford’s Festival of Britain celebration.

Mr Heath of Beechwood House and Mr Allsop coordinated a week of celebrations in Bottesford, helped by Mr Len Barnes (representing the VC Hall) and Mr Cyril Palmer. After a ballot of young people in the village, Dorothy Calcraft was elected as Festival Queen. She was to be attended by Margaret Waudby, Doreen Maskell and Doreen Guy.

Members of village groups such as the WI, the Mother’s Union, Guides and Brownies and the Youth Club were in the procession. They wore costumes and some travelled on decorated floats to the V.C. Hall.

There was a service and church parade on the Sunday and during the week, a variety of activities were organised. These included a football match on the football field by the Normanton crossing, a special whist drive and competitive skittles matches to win a pig.

At the end of the week there was a Festival dance and a Variety Concert in which the finale was a tableau featuring Britannia, dressed in white and holding a trident, surrounded by entertainers in the show.