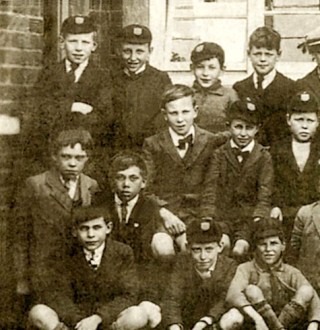 Left hand side of picture 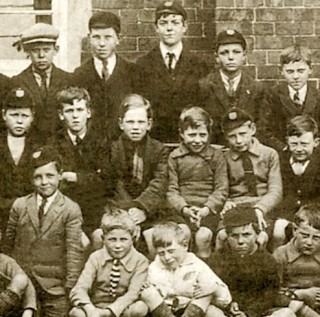 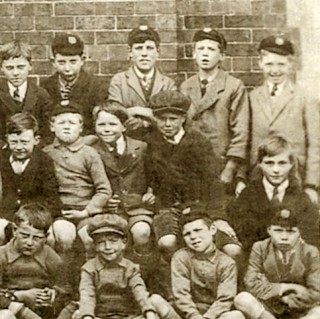 Right hand side of picture 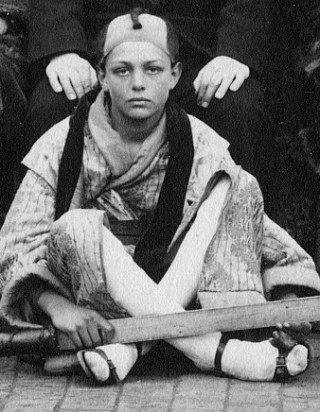 Sheila Marriott has contributed this picture from a newspaper cutting showing Bottesford school boys in 1928. The picture was among papers left by the late Fred Musson, of Barkestone-le-Vale. The side-caption indicates that the picture was submitted to the paper (possibly the Grantham Journal) by Mr Musson and also by Mr and Mrs Waudby of Bottesford.

In this picture the boys cross-legged are (L-R) Dennis Skinner, Ron Donger and Ken Gale. Behind Dennis Skinner are Jim Miller and Percy Allcorn, then Herbert Jackson and D Bellamy, wearing bow-ties, and a boy identified as Gilbert Waudby by Mr George Waudby (not a close relation, we are told). In the back row are Jallands, Cant, Lane and Bryan.

In this picture, the first two boys in the front row are (L-R) Aubrey Norris (wearing cap, grinning) and Harold Speed. The next is identified as Walter Stanley in the picture, but Elizabeth Goodliffe identifies him as her father, Stanley Robinson. The next two are agreed to be Alan Abbott and David Bolland. In the middle row, at the left hand end are two boys, the left-hand one identified as Gilbert Waudby and the other unknown by Mr George Waudby, but Mrs Ada Bond identified the second boy as Gilbert Waudby and the first as unknown. The next four are (L-R) Turner, Brewster, Doubleday and Parnham. In the back row, the boy on the left wearing a cloth cap is Cliff Brown, and the two boys at the right hand end are Fred Bend (wearing a cap) and Ken Cox. However, there is some uncertainty about the two tall lads between Brown and Bend. One is named Saunders, but there is some uncertainty about which of the two this is. The other is unknown at present.

In this picture, the front row are (L-R) Bolland, Tinkler, Kirton and Bob Donger. The middle row are Parnham, Hickman, Miller, Bradshaw and Quartermayne. The back row are Cox, Daybell, Slater, Ernest Jallands and Cooper.

It’s worth reminding oneself that this picture was taken 81 years ago. The ability Mrs Bond, Mr Waudby and Mrs Goodliffe have in remembering so far back is most impressive. The boys are well turned out, many wearing caps, white shirts, ties and blazers. Two even sport bow ties, while others wear the horizontally striped neck-tie seen in a number of other school pictures.

All in all, an impressive picture taken by the Grantham Journal’s photographer.