You are here: Home>Places>Schools>Miss Walker Remembers 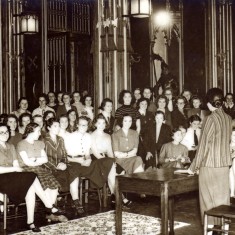 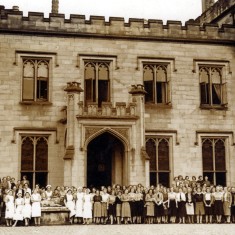 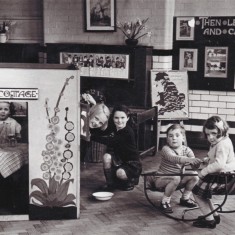 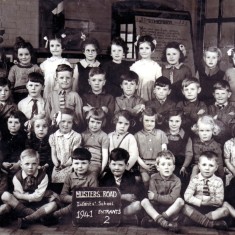 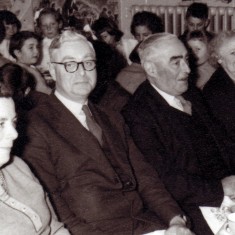 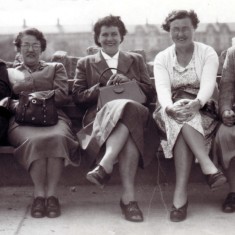 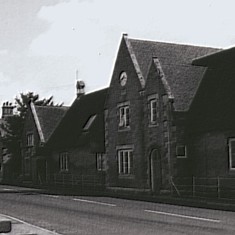 Bottesford School. The Infants' room was on the left hand end and is now the Fuller Room 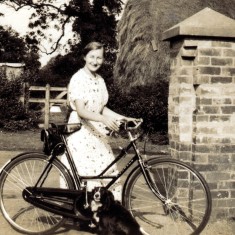 Miss Walker with her bicycle 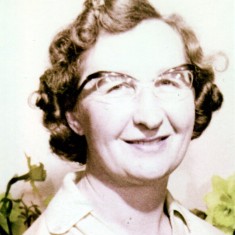 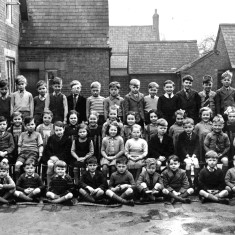 Miss Kathleen Walker, who was infant teacher at Bottesford Church of England School for twenty-two years, was born and grew up in the neighbouring village of Orston. At fourteen she left school to train to be a teacher herself.

She became a student teacher at Hawksworth. Once a month her Saturdays were spent  at the Rural Pupil Teacher Centre in Shakespeare Street, Nottingham. In 1938 she went to Derby Training College for two years, but when war broke out in 1939 the college was evacuated to Elvaston Hall.

Miss Walker’s first teaching job was in West Bridgford, at Musters Road Infant School, where she taught throughout the war years, from 1940 to 1945. To get to work she had first to cylcle from Orston to Elston, where she left her bike and caught the 7.30 a.m. bus to West Bridgford.

She remembers that she had thirty-nine infants in her class. There was a two hour break at dinner time because there were no school meals then.

In 1945 Miss Walker had an interview with the Rector, Canon Blackmore and the Managers of Bottesford School and was appointed to the post of Infant Teacher. She remained at the school until 1967. There were fifty-one children in her class aged from five to seven years old. Later Mrs. F. Taylor came to assist Miss Walker and her post was eventually made permanent when the numbers of pupils increased.

The children were grouped according to ability. ‘Free Expression’ became fashionable around this time, but it was not much approved of in Bottesford, where more formal teaching was soon resumed.

Miss Walker naturally remembers many of her colleagues on the staff of Bottesford School. Mr Walter Cox was the Head Master before and after the war. While he was away during the war years Mr. Stimpson was Acting Head. Mr. Cox was followed by Mr. Lawrence Dewey.

Hundreds of Bottesford children were taught to read, write and do their sums by Miss Walker in her twenty two years at the school. Many of the children she taught in her early years at the school returned to see their own children starting their education in her class in what is now the ‘Fuller Room’ of the old school.

Miss Walker left Bottesford at the end of 1967, when she took up a post as Infant Teacher in her home village of Orston, where she remained until her retirement in 1979. It was a relief to be working closer to home at last. One thing she didn’t miss was the cycling to and from Bottesford in all weathers.

We are grateful to Miss Walker for allowing us to use these photographs from her collection.