You are here: Home>Places>Schools>Bottesford School Memories 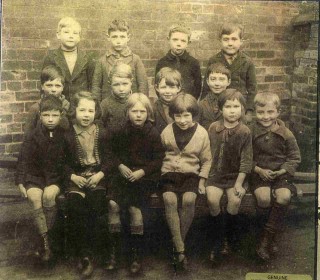 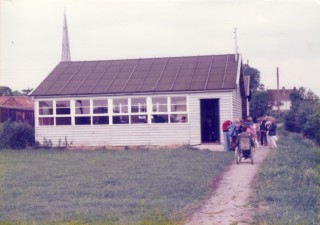 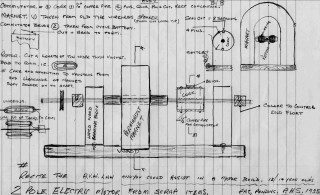 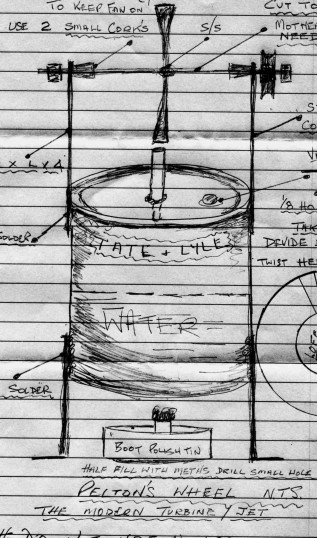 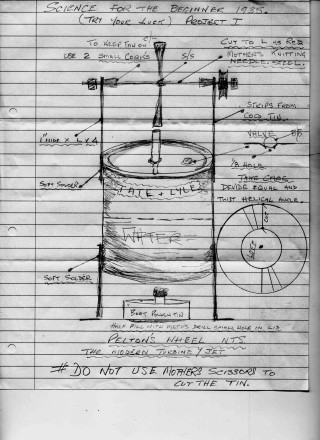 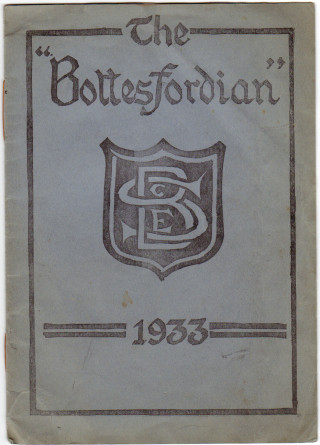 The "Bottesfordian 1933" produced and published by the Bottesford Senior School 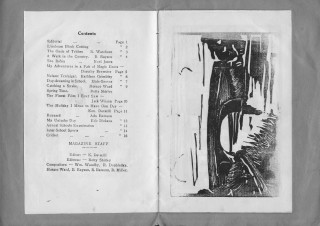 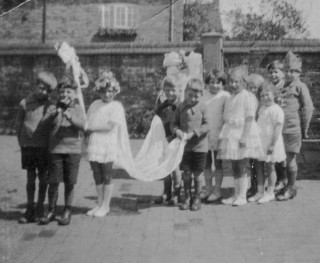 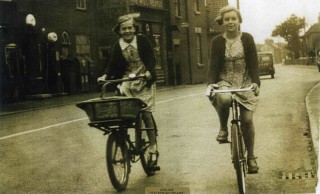 In 1927, children started school at the age of five. The leaving age was at the term end before a young person was 14 years old.

When I was at school, the Infant school, with three mixed classes, was in what is now the Fuller Room. The Headmistress was Mrs. Wright, her assistant was Mrs. Brown and there were approximately 45 children in the Infant School.

The Head teacher of the main school was Mr. Walter Cox (hence Cox Drive) and the utmost respect was given to Mr. Cox when addressing him – ‘Boss Cox’ as we called him.

The main school was in the rest of the building and there were five mixed classes, with usually 25-30 pupils in each class.

As the school was Church of England owned, the first morning lesson/assembly was prayers, followed by a Bible lesson. The Revd. Walford, the local church parson, often attended this part of the morning and participated in this short lesson. He lived in the Rectory near the Church and it was customary to ‘doff your cap’ when seeing him out of school. (Walford Close has his name).

The Infant School was in the Fuller Room. The first few weeks were spent writing and sign making in sand trays with your finger – a cheap and novel way to say the least! Graduation day took us ‘a great step forward for man’, progressing on to a slate and slate pencil for writing etc. There were three groups, the top group having pencil and paper.

The monotonous chanting parrot-fashion, of going through the times tables and alphabet was given some light relief by practising for the crowning of the May Queen and dancing around the Maypole on May Day at which time our parents would be present.

By the time we left the safety net of the Infant’s class, we had all (well 90%) mastered our Times tables and relished the thought of starting to do ‘joined up writing’

From a social point of view, one had also come to realise that the divide between rich and poor was something that would not go away. Love, laughter and happiness seemed to be in abundance in most homes, but the financial struggle to survive was etched on the brows of many parents. There was no child allowance and a long word for a spelling class could have been SURVIVAL!

Starting in the main school meant changes. There was no homework as such, only corrections and lines. There was gardening on an area behind the Old School House (on Grantham Road) until the school garden was moved down to a field on Bowbridge Lane in 1938. Woodwork lessons were in the Baptist Chapel, Queen Street and then in the School Hut. There were cookery lessons in the Wesleyan Chapel (Chapel Street).

There was also a breath of fresh air in the school when Mr. Percy Stimpson joined the staff in April 1933. He had a modern outlook on education that stimulated learning for some especially boys of nine and ten years old who were not concerned with education. Mr. Stimpson introduced science and experiments especially the building of apparatus for experiments. It was possible to go to the tip and find scrap materials for these exciting tasks. He introduced the use of technical drawing equipment, geometry and a printing set. The printing set had the individual type letters in different sizes and fonts. The printing set had the frames for pupils to set up pages so that the printing of the first school magazine, ‘The Bottesfordian’ could be done at school. The authors would compose their prose or poetry and those children who were good at grammar and spelling would check the work. Capable artists also produced artwork. The compositors composed each page and ink was rolled across for the printing. When each page was dry, other children assembled each copy of the magazine and the pages were stitched in place.

Coal fires and stoves heated the school. There was no running water (Mains water) and water was taken from two hand pumps located in the school playground. The Infant classes played together on one playground but the older classes had separate playgrounds for boys and girls. Toilets were available in each playground. Toilets were bucket type ‘loos’ because there was no sewerage system in the village at that time. The Caretaker was Mr. Tommy Robinson and he looked after the school cleaning, the supplies of coal for the fires and the security of the building. He was also the Church Verger for many years.

Children hung their coats in the cloakrooms and wet coats were common as children had to walk from Normanton and Easthorpe each day. Children from Bottesford and Easthorpe went home for their lunch each day and could not have a school dinner. These were provided in the Baptist Chapel for children who travelled from Redmile, Barkestone, Plungar, Orston, Elton and Muston. School meals were only available to children who came to school on a bus, who cycled or who walked long distances and the meals had to be paid for. In the early 1930s, a third of a pint of milk was available for each child per day, adding calcium to the diet. These bottles of milk had to be paid for and the cost was possibly two pence halfpenny for five bottles a week – the equivalent of five pence today.

Redmile, Barkestone and Plungar children had a free bus journey to school. Mr. Randell of Bottesford transported them but the children from Orston, Elton and Muston had to cycle to school.

Although the school was in the centre of the village and on the main road, it was quite safe to cross the road because motorised traffic was very light. Motorists had to proceed with some caution as the local farmers, horses and carts, cows and sheep often moved along the road. There was no speed restriction as the 30 mph speed limit still had to be enforced. The Silver Queen (later the Lincolnshire Road Car) bus service ran every hour from Grantham to Nottingham.

At the age of 11, pupils took the 11 Plus examination. An A1 pass entitled pupils to attend Melton Mowbray Grammar School free of charge. If pupils were unsuccessful in passing the 11 Plus, their schooling finished at Bottesford. Regrettably, it was not compulsory to attend Melton Mowbray Grammar School. Many parents could not afford the costs of the school uniform and girls would not be allowed to attend because it was expected that a ‘girl’s place was at home’.