You are here: Home>Places>Schools>School Number 3645 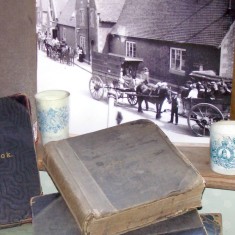 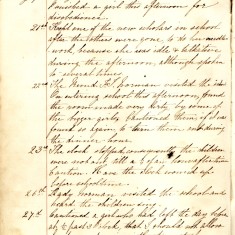 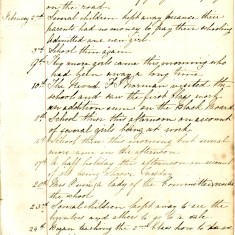 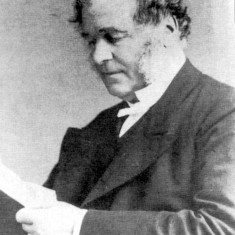 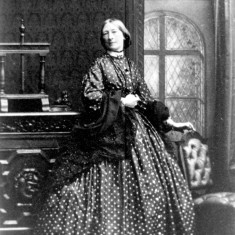 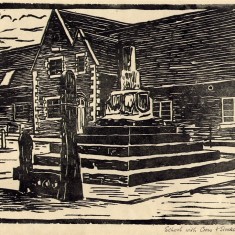 Punished a girl this afternoon for disobedience.

21st. Kept one of the new scholars in school after the others were gone, to do her needlework, because she was idle & talkative during the afternoon, although spoken to several times.

22nd.The Reverend F.J. Norman visited the school. On entering the school this afternoon,found the room made very dirty, by some of the bigger girls; cautioned them if it was found so again, to turn them out during the dinner hour.

23rd.The clock stopped, consequently the children were not out till a quarter of a hour after time. Caution. Have the clock wound up before school time.

27th. Cautioned a girl who had left the day before at half past 3 o’clock, that I should not allow her to go out again without a note from her mother, because she had not been told to leave, and instead of going home played in the road.

2nd.   Several children kept away because their parents had no money to pay their schooling. Admitted one new girl.

9th.   Two more girls came this morning who had been away a long time.

10th.  The Reverend F.J. Norman visited the school and saw the first class work an addition sum on the Black Board.

11th.   School thin this afternoon on account of several girls being at work.

16th.   School thin this morning but several more came in the afternoon.

17th.  A half holiday this afternoon on account of its being Shrove Tuesday.

20th.  Mrs. Owen (a lady of the committee) visited the school.

24th.  Began teaching the 2nd Class how to do addition.