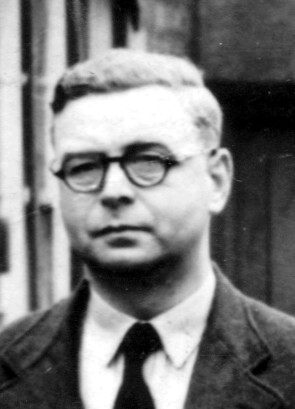 I have been researching my family tree for a considerable time and although my father’s family came from the Westminster area of London and subsequently from Edmonton/Enfield in Middlesex, I have managed to trace my great great grandfather, Samuel’s birth to the parish of St Mary in Nottingham.  He was born in about 1811/12, parents unknown.

I believe that he married in Manchester in 1829, after joining the Coldstream Guards in London.  Four years of his army service was spent in Quebec, Canada, where his wife gave birth to two sons.  The family then returned to England in about 1842.

Professional researchers both in Nottingham and Manchester produced precious little and so I decided to write to all the Deweys in those areas.  Today I have received a telephone call from a Peter Dewey who tells me that he believes that all the Deweys originated from one family in Bottesford.  On logging on to your website, the first name I came across was a Mr Dewey whose name featured in a local play!

I have lived here in East Wittering for virtually all of my life – I am now retired, and my husband and I run a local history group of some ten members who were born and bred here in this coastal village in West Sussex.  If any of your members has any information that they think may be of help to me, I would be delighted to hear from them.

Mr. Dewey was Head Master of Bpttesford School until 1968. In his description of a post-war childhood, Michael Bradshaw has written of his gratitude to his Bottesford teachers, especially Mr. Dewey. ‘Mr Dewey must have been my earliest hero. His knowledge of the world and things ancient and modern. I along with other classmates helped him to compile an early history of the district, “The North East Corner”, what a shame no one ever put it to print. I read it last time in 1986, when I called on Mrs Dewey and borrowed it for a short time when we came to England for the year. It was still in the proof form as we had collated it, I do hope one of the Dewey boys inherited it, and might sometime publish it. Local history was always a favourite of mine. He also taught us the growing of vegetables, and how to prune and to graft the fruit trees in the orchard at the school gardens up Pinfold Lane, we would have an afternoon tending our plots during the growing season. A lot of the produce being used in the production of school dinners, and the skills in every thing horticultural have stayed with me all my life.’

Perhaps an enthusiasm for local history is an inherited characteristic.