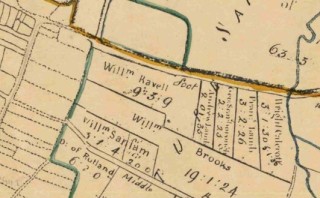 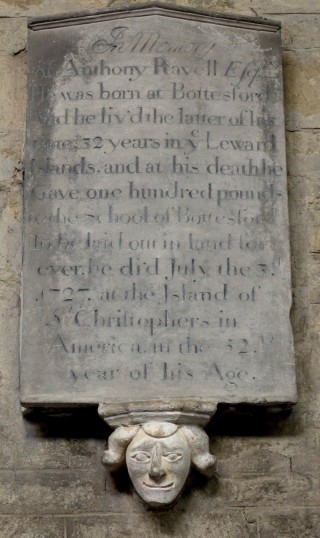 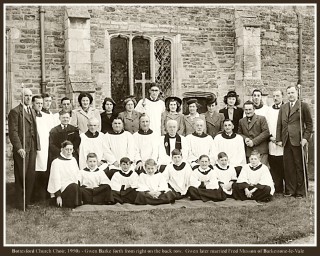 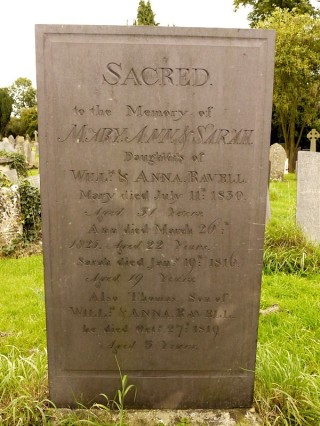 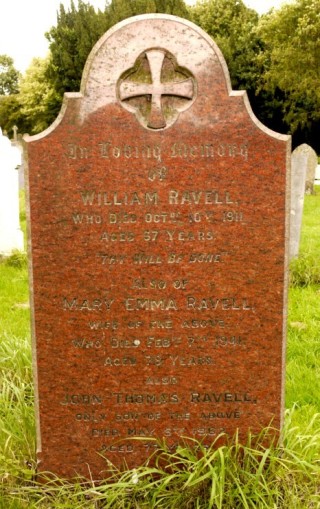 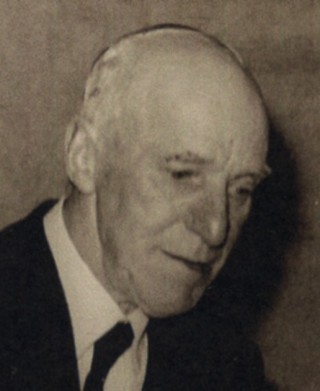 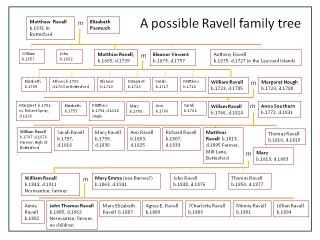 A message from Angela Shaw on our Messages page asked about the Ravells of Bottesford, which has prompted some delving into the records to see what could be found. The outcome is presented here. It is, inevitably, very incomplete, and will be updated as more information comes to light. We would welcome corrections and additions via the Comments box at the bottom of this page or via email to Info@bottesfordhistory.org.uk. Meanwhile, here goes!

We have census records, directories, maps, rating records, churchyard records and other documents. Parish records are a problem, as they are lodged at the county Records Office which is not easily accessible from here, but there is a lot of information in the Guys of Bottesford website and also copies of some original pages that have come our way.

The Ravell family from the 18th Century

We have records going back to the early part of the 18th Century for the Ravells, but nothing earlier at present. A plaque in Bottesford church records Antony Ravell (1665-1727) who died in the Leward Islands (Caribbean) and left £100 to Bottesford village school. This bequest, added to an earlier one from Abel Ligonier, brought about the building ca.1730 of a new school house within the NE corner of the churchyard, a school that remained in use until it was replaced by the ‘old school’ on Grantham Road in 1855. There is a record of the burial in Bottesford of a Matthias Ravell in 1739, and it is possible that these were brothers. An engraving of this school building was published by Nichol in 1795, but there are no remains to be seen today.

We have a record of the burial of a second Anthony Ravell, in 1763, and of his wife Eleanor in 1757; also records of the burial of William Ravell (1723-1785), ‘gentleman’, and his wife Margaret (nee Hough, 1723-1788). Muston parish records compiled by Jen Mortensen include their marriage at Muston on 18th August, 1751 (though both were born in Bottesford). It is possible that this William was son of Anthony and grandson of Matthias. William was allotted two parcels of land during the Parliamentary Enclosure of the parish in 1771. He was appointed Overseer of the Poor in Bottesford in 1785, though he died in August of that year: presumably the year’s work was completed by someone else in his name, possibly his son Matthew who would have been 31 at the time.

This second Matthias Ravell had a farm on Belvoir Road and married Mary (1813-1883). They had three sons, William Ravell (William IV) (1844-1911), John Ravell (1848-1876) and Thomas Ravell (1850-1877). John nor Thomas appear to have stayed at home and neither appears to have married: both died in their twenties, in successive years. By this time, their brother William IV had left and gone to live on his uncle Thomas Marshall’s farm at Normanton (probably the present-day Normanton House), leaving no-one to continue farming on Belvoir Road.

Thomas Marshall evidently treated William IV as his heir, and when Thomas died William inherited the farm in Normanton with his wife Emma (nee Barnes, 1863-1941). They had seven children, six girls and one boy. These were Annie Ravell (born 1882), John Thomas Ravell (1885-1962), Mary Elizabeth Ravell (b.1887), Agnes E. Ravell (b.1889), Charlotte Ravell (b.1889), Minnie Ravell (b.1891) and Lillian Ravell (b.1894). John Thomas appears to have been a bachelor farmer, until after the Second World War he retired to Ivy House, Devon Lane, Bottesford. However, I have no information to add about the lives of his sisters.

Overseers of the Poor

William Ravell was Overseer of the Poor in Bottesford in 1785, though he died in August of that year! Presumably the work was carried out by someone else in his name, possibly his son Matthew who would have been 31 at the time. Matthew Ravell served as Overseer of the Poor in Bottesford in 1801 and 1822. There is a record that a later Matthias Ravell lived at what is now Arnal Lodge, Belvoir Road, in 1880 (was it built then?). In 1946, John Thomas Ravell was church warden at Bottesford.

The Ravells were a farming family. The Parliamentary Enclosure award of 1771 indicates that William Ravell was allotted two parcels of land, namely a field of 9-3-9 on the western side of “Mill Lane” (now called Belvoir Road) and a second field of 24-3-8 on the eastern side of Barkestone Lane, making a total possession of about 34 acres.

Land areas are given as acres-roods-perches unless stated otherwise, so that for instance “9-3-9” indicates 9 acres, 3 roods and 9 perches.

The next record we have is from a rate list dating from about 1838-1840 in which William Ravell has the following arrangements:

He rents 22-2-0 pasture from the Women’s Hospital and also 6-1-4 pasture at “Acrelands” from the Duke of Rutland.

He rents 4 perches arable and a tenement to Samuel Machin “near Keyes Lane”.

Why did he make this arrangement? Perhaps the “Swimmer” was of lower quality (prone to flooding?) than the land he rented from the Hospital and the Duke, so that he got a good deal.

A list of land holdings from 1894 states that William Ravell owned 24-3-8 at “The Swimmers” which he rented to Edward James Junior, but does not indicate any other arrangements.

A rating book from 1915 records the following:

J.T. Ravell (John Thomas) occupied 227-2-39 comprising land, buildings and a house, owned by the Duke of Rutland, and also occupied house (3-3-0) and land (3-1-16) owned by W.V. Jackson. [This is presumably the farm previously occupied by his father William Ravell who inherited it from his uncle Thomas Marshall. This land was in reality owned by the Duke of Rutland and the farmers were his tenants. John Thomas may have bought the farm outright in the 1920 Land Sale, but this needs to be confirmed.]

William Ravell, aged 40 (rounded to the nearest ten years), a farmer, lived on King Street (probably what is now called Chapel Street), but there were no other members of the family on the census.

William Ravell, 26, is a shepherd on the farm in Normanton owned by his uncle Thomas Marshall who came from Barkestone. This was a farm of 240 acres employing two men and two boys. This William Ravell is almost certainly the eldest son of Matthias and Mary.

William Ravell (age given as 74), a farmer of 40 acres, lives at the Steam Mill with housekeeper Mary Singleton (40). The “Steam Mill” referred to may be the mill that stood on Belvoir Road at the corner of Belvoir Avenue, but this is not certain.

William Ravell, 26, is recorded as a farm servant on his uncle Thomas Marshall’s 227 acre farm at Normanton.

Matthias Ravell, 66, farms 31 acres and lives on Mill Lane with his wife Mary, 68, but none of their sons are recorded. Both John and Thomas had died during the preceding decade.

William Ravell, 35, is recorded as a farmer though still living with his uncle Thomas Marshall, now 71, and aunt Ann Marshall, 68, in Normanton where they farm 239 acres.

Matthias Ravell, 76, a widower lives on Mill Lane and is recorded as a carpenter and joiner.

William Ravell, 44, is a farmer and also head of the household in the farm in Normanton, accompanied by his wife Emma, 32, from Threekington, their children Emily, 8, John Thomas, 6, Mary E, 4, and Agnes E, 2, all born in Normanton. Also present were Charlotte L. Barnes, 22, Emma’s sister-in-law from Threekington who is recorded as “mother’s help”, and farm servant John Parnham, 18. William Ravell appears to have inherited the tenancy of the farm at Normanton from his uncle and aunt, Thomas and Ann Marshall, who may have died childless.