A Young Airman at Bottesford 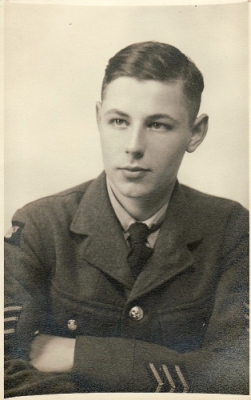 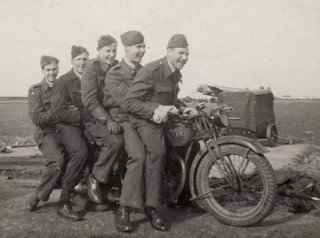 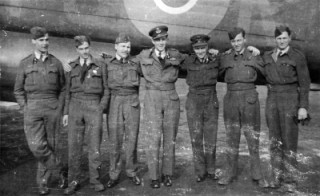 Teddy Davis joined the RAF in January 1939, when he was 16. He completed a three year apprenticeship to become an aircraft mechanic but soon achieved his ambition to become a flight engineer. He was posted to RAAF 467 Lancaster squadron and moved to RAF Bottesford in January 1943.
He completed 18 operational sorties flying from Bottesford but lost his life in May 1943 when his aircraft was shot down by a night fighter during a raid on Essen.

Those basic facts are typical of so many of the more than 55,000 young men who lost their lives flying bombers from Bottesford and other aerodromes. What is different about Teddy’s story is how much information we have been able to gather together about his short career in the RAF. Thanks to the recent introductions of the internet and broadband access to it, amateur researchers can find the information they need to tell the personal stories and histories that have been buried for many years. In this case, sites like Bottesford Living History, 467 squadron’s website, the National Archives and others have put all the facts and experiences in the public domain and it’s just a matter of mastering the art of searching and googling to filter the relevant facts for the story you want to tell.

Teddy wrote many letters home and spoke about his experiences and feelings and amazingly they seem to have escaped censorship. His crew seem to have been favoured by the press because they featured in several daily newspaper reports and had professional photographs taken of them. Vince Holyoak’s thorough research of RAF Bottesford has also unearthed information and photos of Teddy and his crew. And Teddy’s sister has kept all her mother’s memorabilia and made it available to me.

So although it is just one of 55,000 stories it is one that gives a personal insight into what it was like to fly on Lancaster bombers from Bottesford during those dark days. By harnessing the hard work of the people who have catalogued all this information I hope, by showing the experience of just one of them, that I have given voice to those whose story has been lost.

With grateful thanks to David Middleton and Vincent Holyoak for their help and assistance.

There’s not enough room here to tell you of Teddy’s time at Bottesford but please visit his website – ‘A statistic of war’ at http://bombercrew467squadron.co.uk/index.html