Life at the 'Six Bells' during the 2nd World War

A conversation with Mrs. Ada Bond 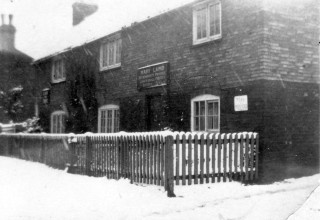 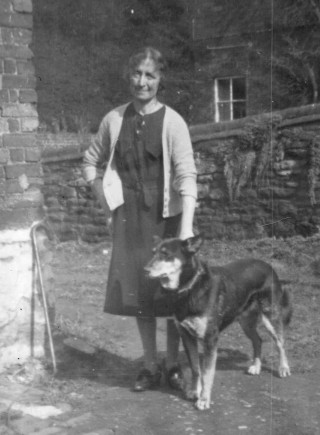 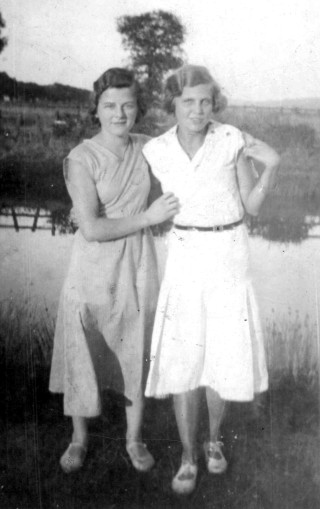 Ada Bond on the left 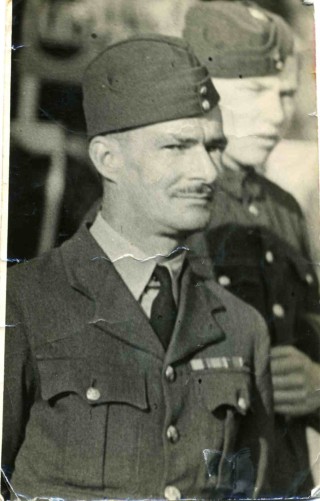 Before she was married, Mrs. Ada Bond lived at the ‘Six Bells’ during the 2nd World War with her mother, Mrs Bateson. At that time the ‘Six Bells’ was no longer licensed premises.

Ada recalls that as part of the war effort, all communities were expected to do their bit. Empty houses could be requisitioned for the armed forces and residents could be asked to provide accommodation. Mrs. Bateson, at the ‘Six Bells’, could not have evacuee children as she was disabled. However, she was asked if she had a spare bedroom to accommodate a foreman who was working for Wimpey’s at Normanton constructing Bottesford Airfield. The foreman decided that he would like his wife and baby to join him so he was provided with a bedroom, living room and kitchen downstairs.

One night, an R.A.F. sergeant knocked on the door and asked if there were any rooms to rent. He said that he had left his wife and child on Bottesford station while he looked for accommodation. This family were given a living room, a bedroom and use of the bathroom and kitchen.

The ‘Six Bells’ was so welcoming that the foreman asked if a labourer, Leo, his wife Mary and their baby could stay. They were established in the ‘laundry’: warm because it had a fireplace in it and the baby slept in a ‘hammock’ suspended from beams. Leo and Mary were so impressed that they sent for her father in Ireland and he came and stayed as well.

Air Squadron 207 had been transferred from R.A.F. Waddington to Normanton in September 1941 and the R.A.F. sergeant would return to the ‘Six Bells’ for evening meals and would bring colleagues with him as well. The long kitchen was the original bar of the ‘Six Bells’ and a large trestle table was set up. All food supplies were shared and ‘the R.A.F. would supply the drink!’ On Sunday evenings, everyone would play cards, listen to the piano, join in the singing and enjoy the company. It was so much more pleasant than the camp that was so muddy and so cold.

There was a ‘glorious’ Christmas party at the ‘Six Bells’ in December 1941. Mrs. Briggs helped Mrs. Bateson with the catering – the pig was killed, sausages were made and delicacies like pig’s fry were to be had as well as roast chicken and other festive foods.

William Bond, a very quiet and retiring man, was one of the R.A.F. colleagues who came to the ‘Six Bells’ in the time leading up to Christmas 1941. He was part of the second entry at Cranwell and exchanged sleeping in huts at Cranwell for the same at Normanton. He came from Forest Hill in London and had never seen a one man gas works (as in Bottesford) and two-seater toilets in an outside privy (as at the Six Bells).

It was remarked that William Bond was very taken with the young Ada Bateson who at that time was just twenty-one and with no inkling of her future. Indeed, after only knowing her for 72 days, William Bond proposed to Ada and the proposal was accepted.

They married on February 18th 1942 and then made the journey to London where William introduced his new bride to his parents.