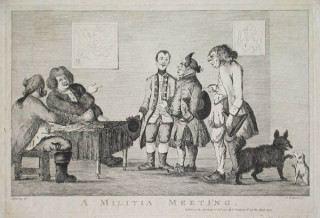 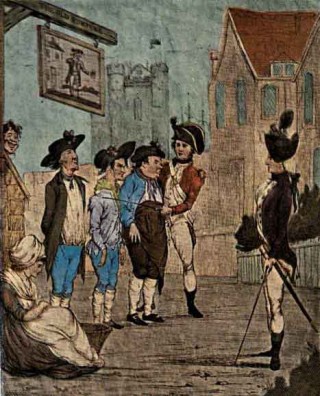 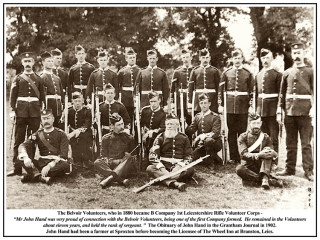 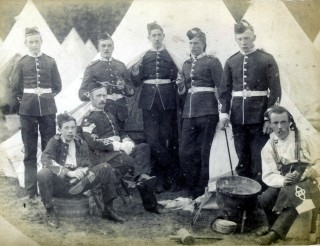 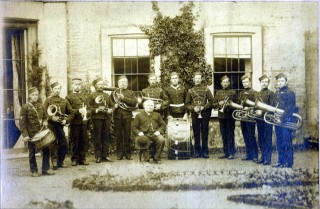 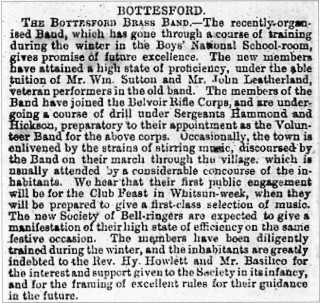 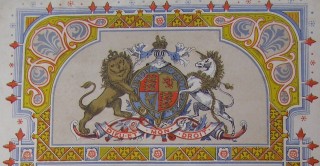 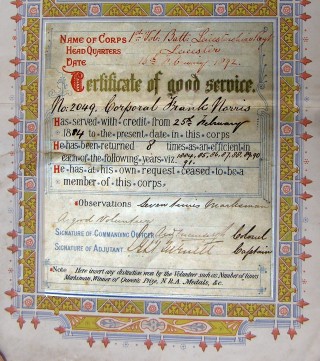 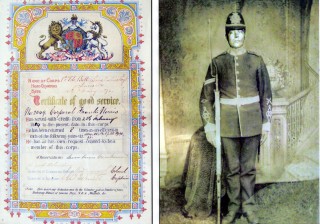 The earliest military records we have so far found for Bottesford date from the 1792 Militia Muster Rolls. The militia was organised by county, under the control of the Lord Lieutenant. Every parish was required to supply a quota of eligible (Protestant) men whose names were recorded on the muster rolls. The militia might be embodied at times of national emergency when invasion was feared and might also be employed to suppress popular uprising. In Leicestershire and elsewhere they broke up Quaker meetings and gatherings of dissenters and searched the houses of Roman Catholics for weapons.

The usefulness of the militia as a military force in the face of foreign invaders was doubtful and during the Eighteenth century when England was at war attempts were made to improve their effectiveness. The Militia Act of 1757 required parish constables to compile lists of all males between the ages of 18 and 50. From these lists those men who were liable for militia service were chosen by lot. Leicestershire had to raise 560 men, whose duties involved guarding prisoners of war and manning the defences of various coastal towns. They were not compelled to serve overseas.

It was possible to opt out of military service by paying for a substitute. Parishes, or groups of men, set up funds to pay for substitutes and advertisements for ‘Likely Young  Men’ willing to serve appeared in the local newspapers. Inevitably, this resulted in a militia composed largely of the poor.

(The information below was taken from transcriptions of records in the National Archives or the Record Office for Leicestershire and Rutland made by Leicestershire & Rutland Family History Society CD76 Sept 2008. Additional information gleaned from parish registers has been added in brackets.)

(Could be transcription error for Thomas Geeson, christened 24th Jan. 1762, son of William and Elizabeth Geeson)

There are no records for any of the substitutes in the Bottesford or Muston Registers, so presumably they came from other parishes.

Some records also exist of Bottesford men who enlisted, including two who served at Waterloo..

Date is that under which entry is to be found.

Age is that at time of application for pension.

Age will not necessarily match years of service, since service years were weighted for rank, service at home or abroad, service at Waterloo, which counted for 2 years.

This is a summary only. The full entries held in the National Archives give more details of service.

After 1820 the militia became a volunteer force. Volunteers did basic training and then returned to their civilian occupations, attending training camps annually. They were paid a retainer which could be a useful supplement to agricultural wages.

In 1858 further invasion threats and renewed outbreaks of patriotic fervour led to the formation of volunteer rifle corps. They provided their own drums and equipment and designed their own uniforms.

(born 1829. Employed on the farm of his aunt, Margaret Barton)

These men, many of them farmers who were tennants of the Duke of Rutland, were prosperous enough to be able to afford the uniforms and equipment needed.