Memories of a Land Girl 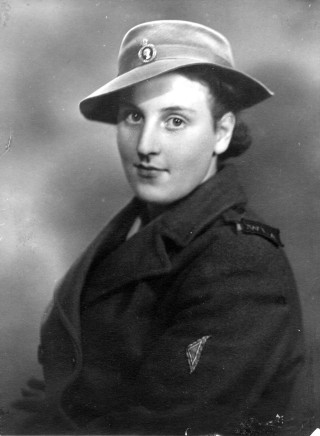 Edna in her Land Army uniform 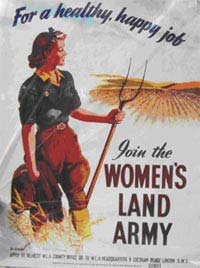 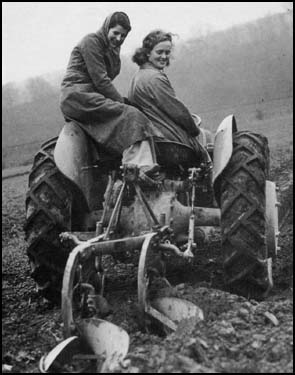 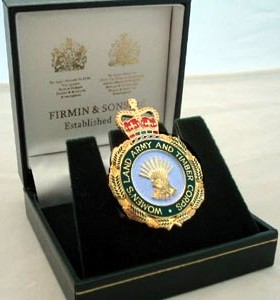 Edna was born in Liverpool, and at the onset of war, she wanted initially to join the WRAF, as her brother had enlisted into the army. Her father would not give permission for fear of losing two children to the war, but was equally surprised when Edna decided to join the Land Army. “You’re a city girl – You won’t last 5 minutes” was his opinion.

Edna was given a uniform. On the farm she wore brown overalls and heavy brown lace up boots. For going out and special occasions, she wore corduroy breeches, Aertex shirt, tie, overcoat, and a little hat.

Edna was drafted down to Leicestershire, and underwent a months training at Sutton Bonnington Agricultural College. Her first placement was at a Barrow on Soar farm, working for a farmer who was very much averse to women. She learnt how to milk the cows, and to muck and swill out the yards all before breakfast. She was, with the other workers, out in the fields in all weathers, working the horses, cutting and stuking the corn. It was hard work and long hours. The villagers were very kind and invited her to all their social activities.

Her second placement was at Great Glen, near Leicester, at a milking farm. She learnt how to drive a van, and thoroughly enjoyed her time there. She lived in digs in the village with a Mrs Timms and still has contact with the family today. The milk was bottled by hand and cardboard discs were pressed inside the neck of the bottles, before being crated. Edna would drive around the local villages in the van, delivering the milk, which cost around 4d a pint at that time. It was again hard work in the fields but there was a sense of cama-raderie. A battalion of Marines were also billeted in the village and there was dancing in the village hall. Edna became engaged, but her fiancé was later killed at the D Day landings.

Her final placement was at Bottesford. She lived with a Mrs Ellodie Jallands at the West End cottages. Their cottage faced onto what is now known as Bowbridge Lane, and the cottages formed a square around a yard with a pump at its centre. The other families were the Reynalds, Parnhams (Nelson) and The Braithwaites with their daughter Gertie. Mr Flack lived in the railway cottage, and looked after the railway crossing gates. The railway cottage was later pulled down when a new automatic crossing was instituted. Another land girl in the village lodged with Neville Bagnalls parents.

Edna worked on Bob and Jim Taylor’s farm, down Orston Lane and over the railway line. One of the hardest jobs was pulling up the mangolds in cold weather, two at a time, banging them together to knock off the hard soil, chopping off the stalks and loading them onto the transport. There was no machinery initially, but Edna was taught to use the machines.

At threshing time, Gerald Burton would drive the Steam Engine threshing machine, hired for threshing the corn. They would start at 7am and they would all work late until the work was finished. There were loads of mice nests in the corn, and Edna got used to seeing and feeling them scurrying around her feet. There was also a permanent dust cloud around the machine, which the workers inhaled. There was no time to return home for a meal; they all ate sandwiches on site. Barley was threshed first and the hawns used to stick to their clothing.

Local villagers would come and pick the potatoes when they were ready. This land is still being farmed today.

Edna eventually married her Boss Jim Taylor and continued to help out on the farm. They were married for 59 years. Not bad for a City lass!

Edna has been awarded the Women’s Land Army medal in recognition of her contribution in W.W. 11