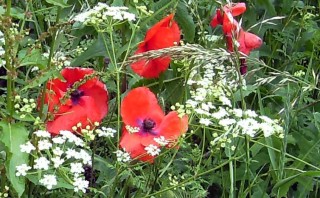 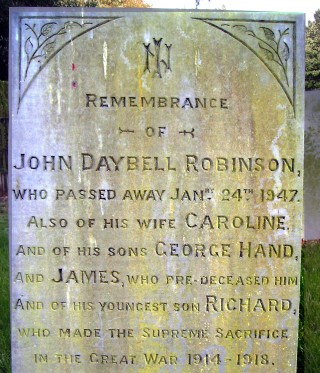 J.R. Robinson's death in action recorded on his grandfather's gravestone 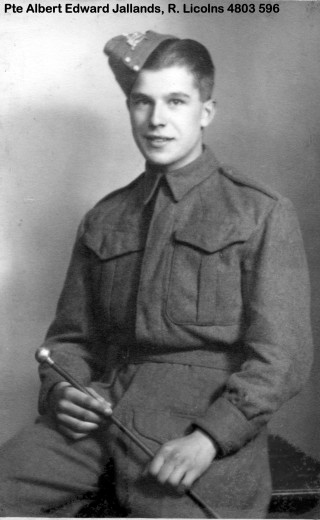 The first official British Legion Poppy Day was held in Britain on 11 November 1921, inspired by the poem In Flanders’ Fields by John McCrae. Since then the Poppy Appeal has been a key

annual event.  The Royal British Legion is seeking a new generation of volunteers for its Poppy People campaign as older volunteers retire.

Mrs. June Everton has been a regular volunteer collector for the British Legion Poppy Appeal in Bottesford for approximately 25 years. She remembers picking up her first Poppy tray from the Belvoir High School, along with other volunteers. There  were more collectors then than there are today.

June’s “patch” was Chapel Street, Queen Street, The Square and Walford Close, Bottesford. Later she also undertook collections at Warwick Flats and the bungalows on Granby Drive, at the resident’s request. There were elderly residents who had beenchildren or young people at the onset of World War I, and had vivid memories of this period.

The Norris family and local villagers assisted June to identify the early war graves in Bottesford churchyard. A cross is placed on every known war grave each year, in remembrance of their sacrifice.

The earliest memorials include Richard Robinson, “Who made the supreme sacrifice in the Great War 1914-1918”, and J.R. Robinson, “Killed in action in France April 11th 1918, Aged 24 years”. (Are these two memorials to the same man?) The majority of the crosses are placed on the graves of servicemen who died in World War 2.

June has recently retired from this important voluntary service, which every year benefits thousands of people who have served in the armed forces.

Mrs Everton’s father, Albert Jallands, enlisted and trained in the Territorial Army prior to World War II. He was awarded the Territorial Medal “for efficient service”. At the outbreak of war Albert was immediately transferred with his Lincolnshire Regiment to Iceland, which at that time was an ally of Germany. The Regiment’s role was to prevent theGerman U-Boats from entering Iceland’s harbours for re-fuelling.

Albert married Evelyn Markham in 1942, and continued to serve in the war, both in Germany and France. He was awarded the 1939-1945 Star, the France and Germany Star, the 1939-1949 Silver Medal and the silver Defence Medal.

After the war, Albert worked on the railways as a platelayer until his retirement. He died on November 28th, 2005.