You are here: Home>Topics>Shops and trades>Queen Street - Louis Abbott, Decorator 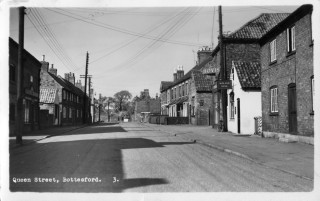 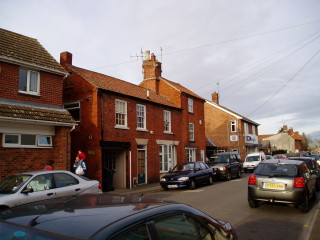 Mr. Louis Abbott ‘Painter and Decorator and Sign Writer who lived in the house integral with the old Co-op

Mr and Mrs Abbott lived there and their grandson lived with them as well. Now up the yard was a little cage and they had a magpie in it. Why do you remember these things as a child. Now Lou, Mr Abbott was a painter and decorator and a sign writer. He’d do sign writing and he did some sign writing for somebody on a vehicle and he said ‘Oh I’m not going to pay all that for it’. So Louis Abbott immediately rubbed it out and he said ‘Oh I didn’t want you to do that can you put it on again please.’ So he did it again and charged him twice. He said ‘What did you do… ‘ well he said ‘I have done it once and I’ve had to do it again.’ So he had to pay double.