You are here: Home>Topics>Shops and trades>Village shops in the 1930s

Memories of Dorothy Beedham and others

Taylor's Butcher's Shop by the Cross 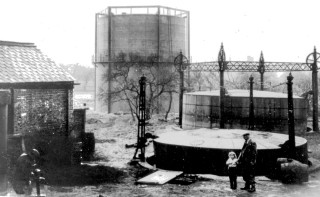 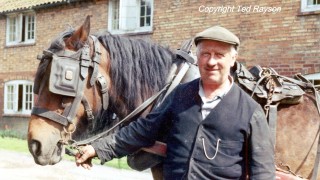 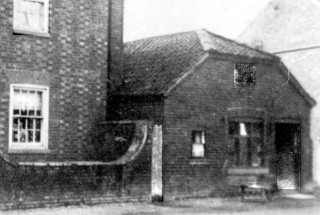 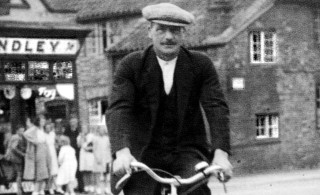 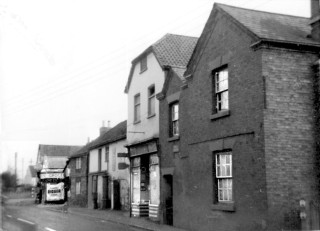 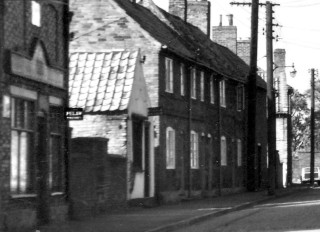 The old Co-op and Gregg's, newsagent. 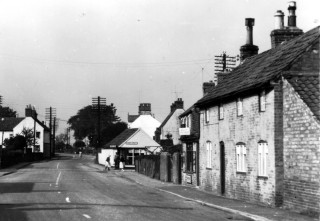 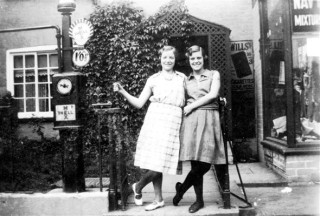 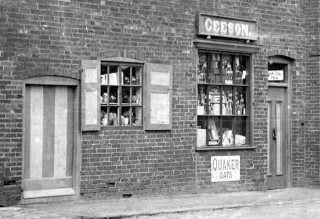 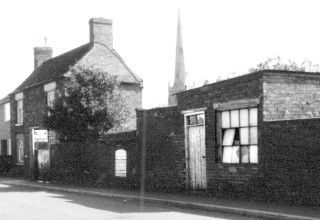 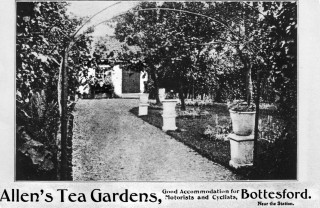 Introduction
This description of the shops that there used to be in Bottesford during the 1930s, mostly, has been written from the memories of Mrs Dorothy Beedham jotted down during a visit to her at her home during February of 2007. Dorothy has a wonderful store of memories of the village going back to the 1920s, and it is a privilege to be able to be able to add them to this Living History project’s archive.

Additional information about the Mrs Taplin’s fish and chips business on Queen Street was provided by Mr Brian Silverwood.

Any mistakes are the author’s, and further information and comments will be most welcome.

Mrs Dorothy Beedham was born in 1921 and has lived all her life in Bottesford. During her childhood, Bottesford was very much a close-knit, self-contained community. Few people worked outside the village. Drinking water came from pumps and wells, and rainwater was collected in tanks for washing. There was a gas works but no mains electricity. The telephone had only recently arrived, and few had been installed. There was no mains sewerage. People used earth closets and the night soil men came every week.

Coal for heating was delivered by train and then by Guy Lovett’s horse and cart. Bottesford had its own gas works, run in the 1930s by Mr Starbuck and then Mr Markham. The Brewster family had a gas cooker in the back kitchen, but the supply would sometimes fail on Sundays lunch time – there was not enough gas to go round.

The family’s milk was fetched by hand from Mr Parnham in Albert St. Several people kept cows and sold milk. Some delivered it, such as Wilkinson’s horse and trap, and Roland James who brought it on a bicycle with a carrier on the front. Others went to collect their milk from the farm door. Dorothy’s family kept a pig. Harry Bugg the butcher, one of Dorothy’s relations, carried out slaughtering for people.

Her father had an allotment, like many others, and she remembers people bringing home barrow loads of produce supported by halter straps to take the weight.

Butchers and bakers
People bought the things they needed in the village, which was not short of shops. The grocery shop belonging to William Sutton, Dorothy’s grandfatgher, had closed by the 1920s, but his brother John kept a sweet shop opposite the school on the corner of Church St.

There were three butchers. Harry Bugg’s butchers and slaughterhouse was in the building on Market Street that is now Paul’s Restaurant. Taylor’s butchers shop and slaughterhouse is still by The Cross. Miller’s butchers shop, later taken over by Johnny George, was in a single storey building next to old Post Office and most recently used as the sorting office (this has recently been demolished and replaced by a private house).

Mr Philips ran a bakehouse and shop on Chapel Street, at the corner with Devon Lane. In addition to selling his own products, he would bake people’s Christmas cakes, pork pies and other items. George Parr delivered bread from bakery in Redmile. After the Second World this became Simpson’s bakery War, but the old oven is no longer there and the bakery is now a private house.

More shops
Grocers included Mr William Hart on the corner of Belvoir Road opposite the Rutland Arms. Almost next door, Standleys had a shop and restaurant part of which is now the lawnmower shop on the High Street. Miller’s grocery was in Queen Street where the Malthouse Deli now is, and Miss Winn had a food shop on the corner of Queen Sreet and Chapel Street (Mrs Winn’s corner shop). After she died the shop was taken over by Misses Rayner and Wells, who sold clothes and underwear as well as groceries. Mr and Mrs Germany sold groceries and knitting wool from their shop on the opposite corner, which was later sold to Mrs Rosie Dyer. The old Co-op shop was on Queen Street, later replaced by the present supermarket.

Mrs Gregg had a newsagent’s in a small building by the entrance to the Baptist Chapel on Queen St, more or less opposite the Deli, and delivered papers. There was also Mr Greaves’ bicycle shop. He had earlier used a wooden building located at bottom of Rectory Road, close to Providence Cottage.

The old Post Office was next to Miller’s butcher’s shop on High Street, where it remained until the office moved across the road into part of the modern VG supermarket at about 2000. The VG itself stands on the site of a groceries and cake shop run by two sisters, Misses Adie and Margery Miller. After the Second World War, a lady called Miss Miller still made and sold cakes from the shop despite being disabled. A Mr Wing had a shoe repair shop next door to the bank on the High Street.

There was a Gas Showroom in the 1930s in a wooden building that stood on what is now the small grass plot on the corner of High St and Albert St. After the second world war this became an antiques shop, but was knocked down apparently to make room for the builder’s lorries needing access for building the Davis Estate in the 1960s or 1970s.

On Market Street, Randal’s shop, now an antiques shop, was next door to Mr and Mrs Deacon’s hairdresser’s, now the Chinese takeaway. Mrs Deacon was the Randall’s daughter. The low building next to this, now a building society office, was the telephone exchange (now an estate agent’s office).

Miss Geeson sold groceries from a shop in Church Street (No.5), which later became Mr Grant’s shoe shop. Samuel’s had a shop selling groceries and soft drinks on Market Street, which later became an antiques shop and is now a private house, the White House, next to the old telephone exchange.

Fish and chips
Fish and chips were a staple part of the village diet. In the 1930s, they were sold by Mrs Alice Taplin from a wooden building adjoining the Taplin home on Queen Street. Mr Taplin was a cobbler who worked in a small workshop on Queen Street that has been demolished (now a small concreted space close to the police station). Later he worked in a shed adjoining the Taplin home, which stood on the site of the modern house No.30 Queen Street.

After the second world war there was another fish and chips shop, in the building where Sid Culpin’s greengrocery shop now is, run by Mr Tom Jackson and Mr Ken Greasely, who later built and operated the present fish and chips shop located on the opposite side of the street.

Getting there
Bottesford was a tourist destination, featuring strongly in guides to Hoildays in the Vale of Belvoir. The village was well provided with rail services. Trains went to Grantham, Nottingham and to Melton (local children went to school in Melton), but not to Newark whose line had been abandoned by the 1930s. Bus services were less developed in the 1930s, but you could catch the Silver Queen on its way to Grantham. After the War, Randall’s operated three buses from a yard behind the old telephone exchange on Market Street. They did school trips and market trips, and regular services to Melton, Newark and Grantham.

There were only a few cars before the War. Mr Marsh, a local farmer, had a big car. The family lived at The Elms, and his son Alec Marsh was the nationally known race starter. On the High Street business was Christmas and Chorlton’s cycle shop and garage, agents for Raleigh bicycles. Dorothy remembers Mr Christmas’s reputation for always wanting to know where you were going to, “Where are you off to?” Dorothy recalls that her eldest brother was run over when going to school, and being taken to Nottingham General Hospital to be treated for his injuries.

Mr Bateson had a blacksmith’s forge by the Red Lion, at the rear of the modern pub car park. There were lots of horses before the War, but he later had to give up when horses gave way to the diesel tractor. Singleton’s still ran a fleet of horse-drawn waggonettes that would meet the trains at Bottesford and Redmile to take day visitors up to Belvoir Castle or on angling excursions. Belvoir Castle may have been one of the earliest stately homes to open its doors to the public.

A cup of tea or coffee
The Duchess of Rutland’s Coffee House on Market Street was run by Mr and Mrs Barke (Bill still lives in the village), who served refreshments to cyclists and others on the ground floor. The village Youth Club was in the upstairs room, but was for boys only, where they played billiards, dominoes and cards. Other refreshment places included the Six Bells (no longer an alehouse after the First World War), Holloway’s ‘Teas with Hovis’ cafe on corner of Barkestone Lane, and Allen’s Tea Gardens in Easthorpe on the corner of the lane to Easthorpe Mill.

Medical care
There were two surgeries. Dr Martin, whose surgery was on High St, opposite his home in what is now known as the Thatch, kept a motorbike to visit his patients. The other was run by Dr Royal, whose surgery was in his home opposite the Garage on the High St.