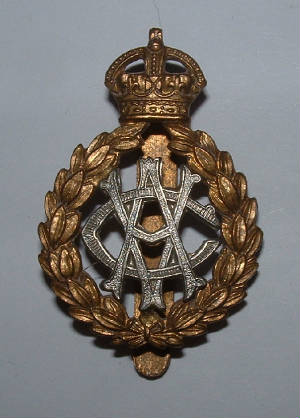 Matthew Bane came from Mayo, Ireland. In the 1901 census he was recorded living in a boarding house in Eccles, Lancashire, presided over by Eliza Walsh, from Hull. He was 23 years old, and described in the census as a navvy. However, in the 1911 census he was recorded as a cowman, a 33 year old farm servant living at the farm of Thomas A. Shipman, a 48 year old widower originally from Harby, Leicestershire, together with his children and mother-in-law. Matthew gave his age as 33, and said that he was born in “Ballyhamkin”. This probably refers to Ballyhankeen, a townland near Claremorris, Mayo.

Only one medal index card was found for a man named Matthew Bane. This was Private SE/25869 Army Vetinary Corps. No further detail of his service has been found.

Matthew Bane was registered as an elector living on Easthorpe Lane, Muston, between 1921 and 1924, after which he moved to Bingham. In 1925, the Grantham Journal (8th August) recorded a meeting of Bingham Council: “At a meeting of Bingham Rural Council a letter was received from Bingham Parish Council recommending the appointment of Mr. Matthew Bane, of Bingham, as a caretaker of the Cemetery, and this was agreed to.”

In 1939, in the national register, he was recorded living on Newgate Street, Bingham, an unmarried a dairy farmer born on the 12th July 1879. With him were Joseph Bane, born in 1895, another dairy farmer who must have been a relative of Matthew, also Frederick Hammond (a dairy small-holder) and his wife Nina, and 15 year old Gwendoline Shipman, a single shorthand typist.